Complexity in an Unexpected Place: Quantities in Selected Acquisition Reports 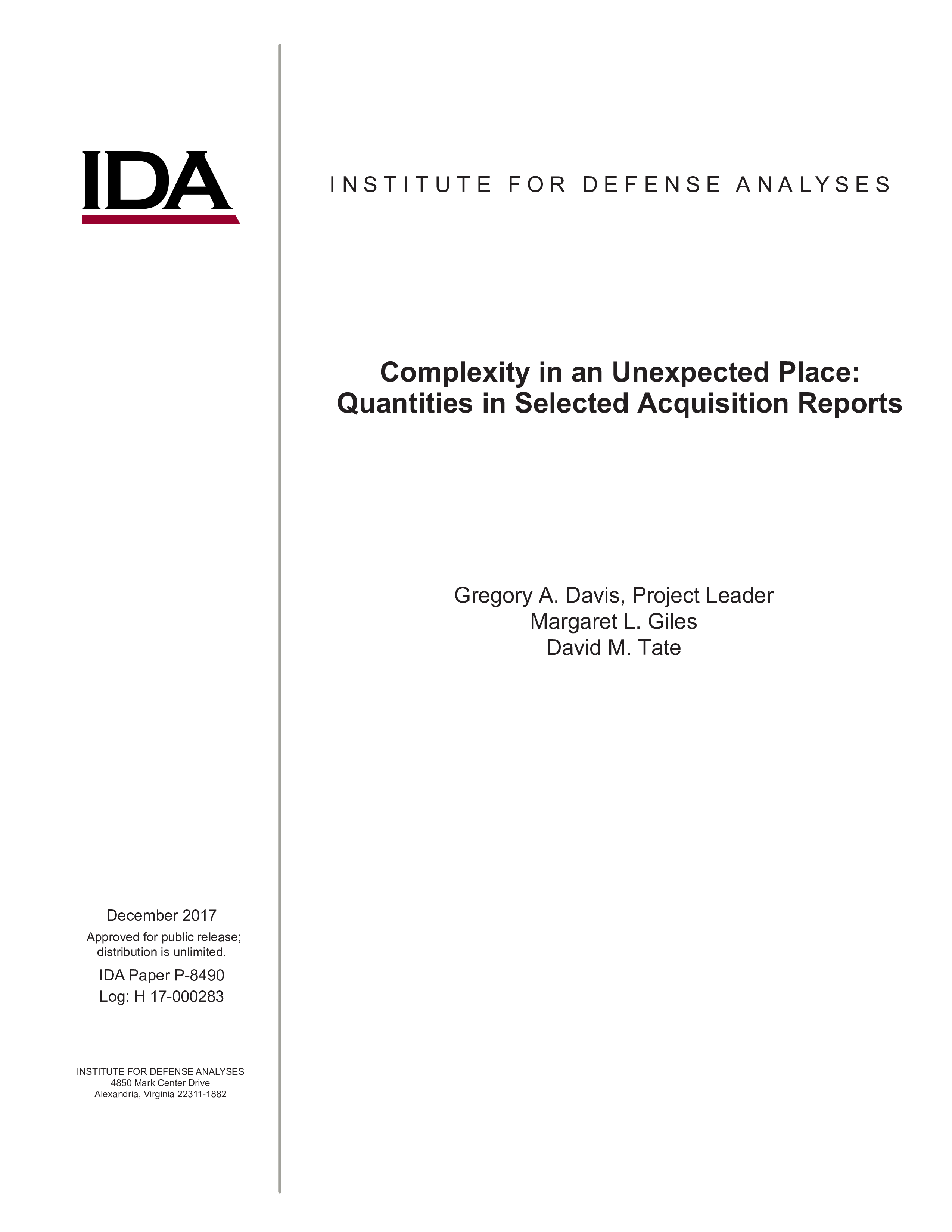 We have looked at the definition of units in numerous acquisition programs and discovered that the units reported are almost never simple; in some programs no two units are the same, and almost invariably the units produced at the end of a long production run are substantially different from the early ones. We have identified three reasons why the units may differ. The first reason is changes over time, generally as system capabilities are improved. The second is due to mixed types, where units that are inherently dissimilar—such as CH-47F and MH-47G helicopters—are produced by the same program and each is called one unit. The final reason why units can differ is reporting accidents. We give examples of all three and discuss possible methods of improving the reporting requirement.