Competitiveness in the Services Sector 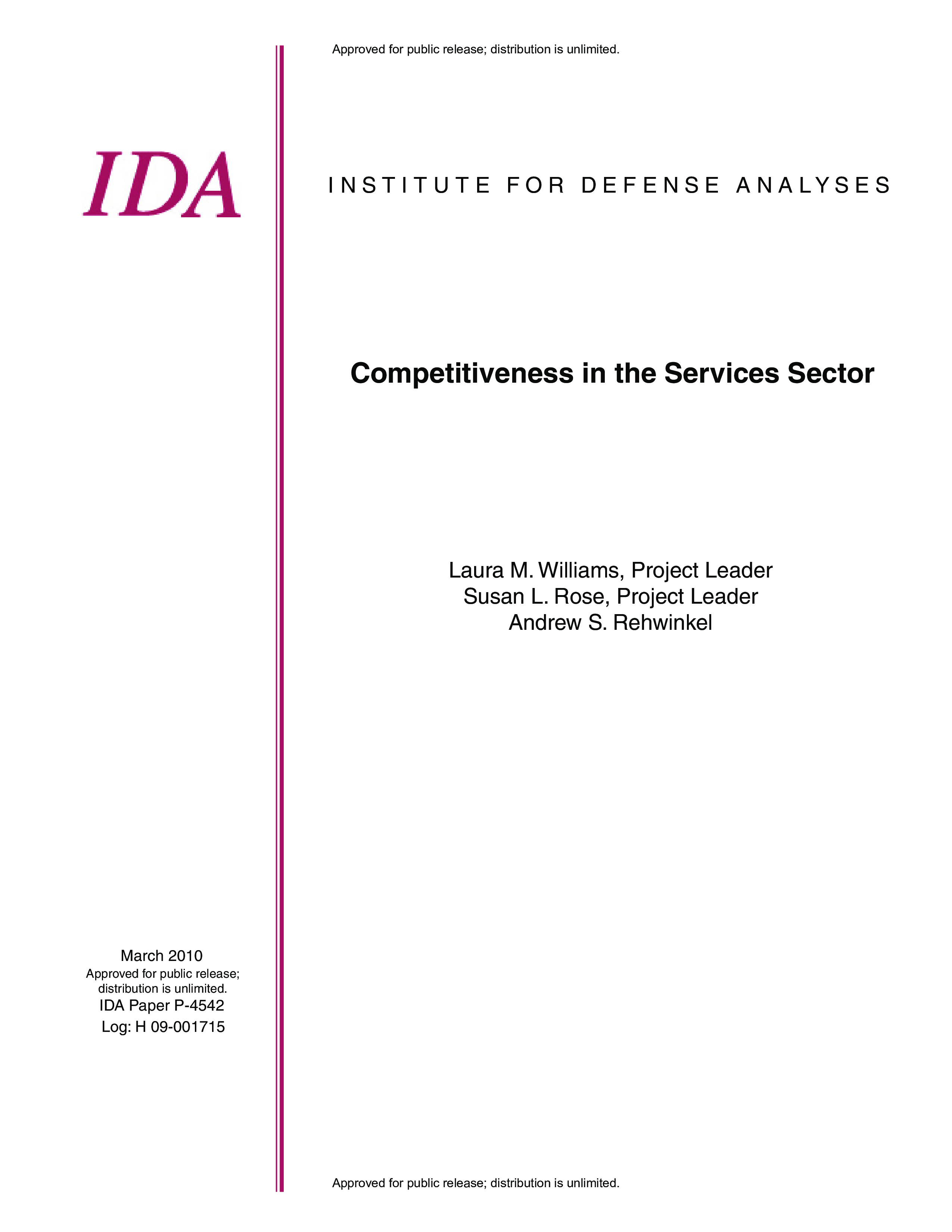 This paper examines the circumstances and considerations under which DOD service sector contracts receive single offers or are awarded sole source. In particular, it examines whether the prevalence of single offer and sole source contracts in DOD services represents an industrial base concern, such as lack of qualified firms or significant barriers to entry. The study team reviewed the literature, conducted interviews, and analyzed the data. We did not find evidence of a lack of qualified firms or significant barriers to entry. We found that single offers are much less prevalent than they originally appeared, as many receive some level of competition. Furthermore, we found no clear systemic cause of single offers. A substantial portion of sole source contracts are short-term contracts caused by delays in the procurement process. These delays may originate in the requiring agency or the contracting office, or they may arise from protests.