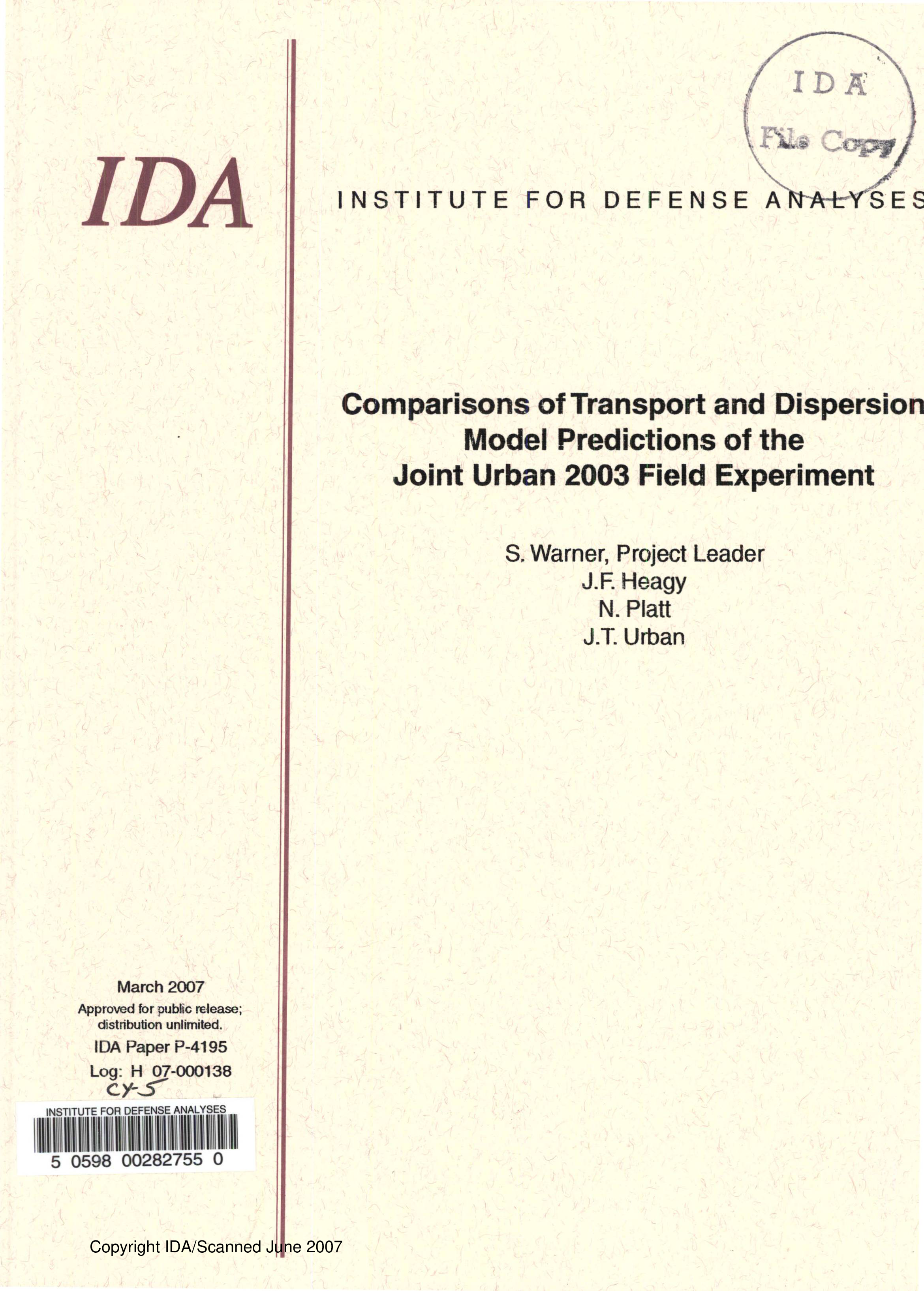 The potential effects of the atmospheric release of hazardous materials continue to be of concern to the nation. This concern is especially acute in urban areas where denser populations would be exposed to hazardous materials. In addition, military activities increasingly are conducted in urban, highly populated areas. Therefore, the release of hazardous materials in an urban environment is troubling to both civilian and military authorities. Improved characterization and understanding of urban transport and dispersion will allow for more robust modeling. Under the joint sponsorship of the DoD (DTRA) and DHS, a series of tracer gas releases were carried out in Oklahoma City in the summer of 2003, and this field experiment is referred to as "Joint Urban 2003." For this study, several sets of predictions based on different configurations of Urban HPAC and varying meteorological inputs were created, and the resulting concentration predictions were compared with the Joint Urban 2003 observations. In addition, comparisons between sets of Urban HPAC predictions are examined, and thus, relative performance among Urban HPAC configurations is assessed. These evaluations are also briefly compared with previous related studies.