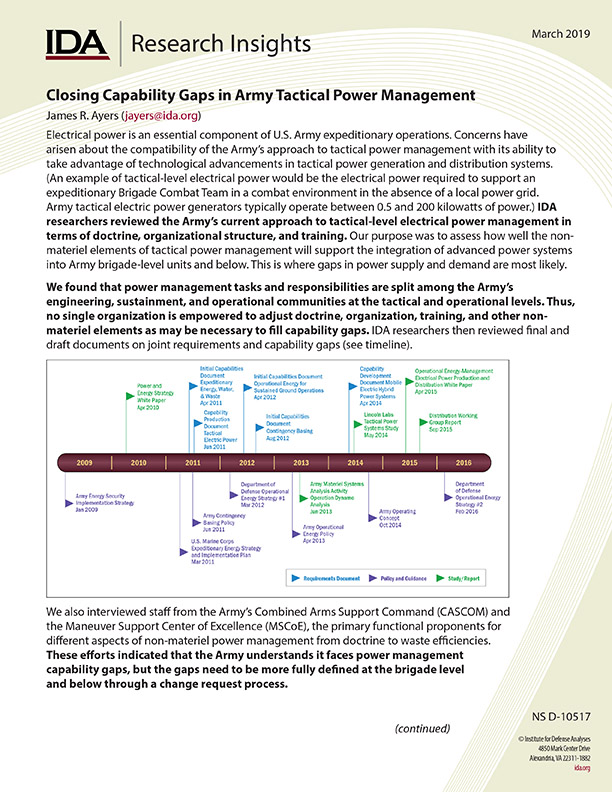 Electrical power is an essential component of U.S. Army expeditionary operations. Concerns have arisen about the compatibility of the Army’s approach to tactical power management with its ability to take advantage of technological advancements in tactical power generation and distribution systems. (An example of tactical-level electrical power would be the electrical power required to support an expeditionary Brigade Combat Team in a combat environment in the absence of a local power grid. Army tactical electric power generators typically operate between 0.5 and 200 kilowatts of power.) IDA researchers reviewed the Army’s current approach to tactical-level electrical power management in terms of doctrine, organizational structure, and training. Our purpose was to assess how well the non-materiel elements of tactical power management will support the integration of advanced power systems into Army brigade-level units and below. This is where gaps in power supply and demand are most likely.