Civilian Personnel Reform at the Department of Defense: Lessons from the Failure of the National Security Personnel System 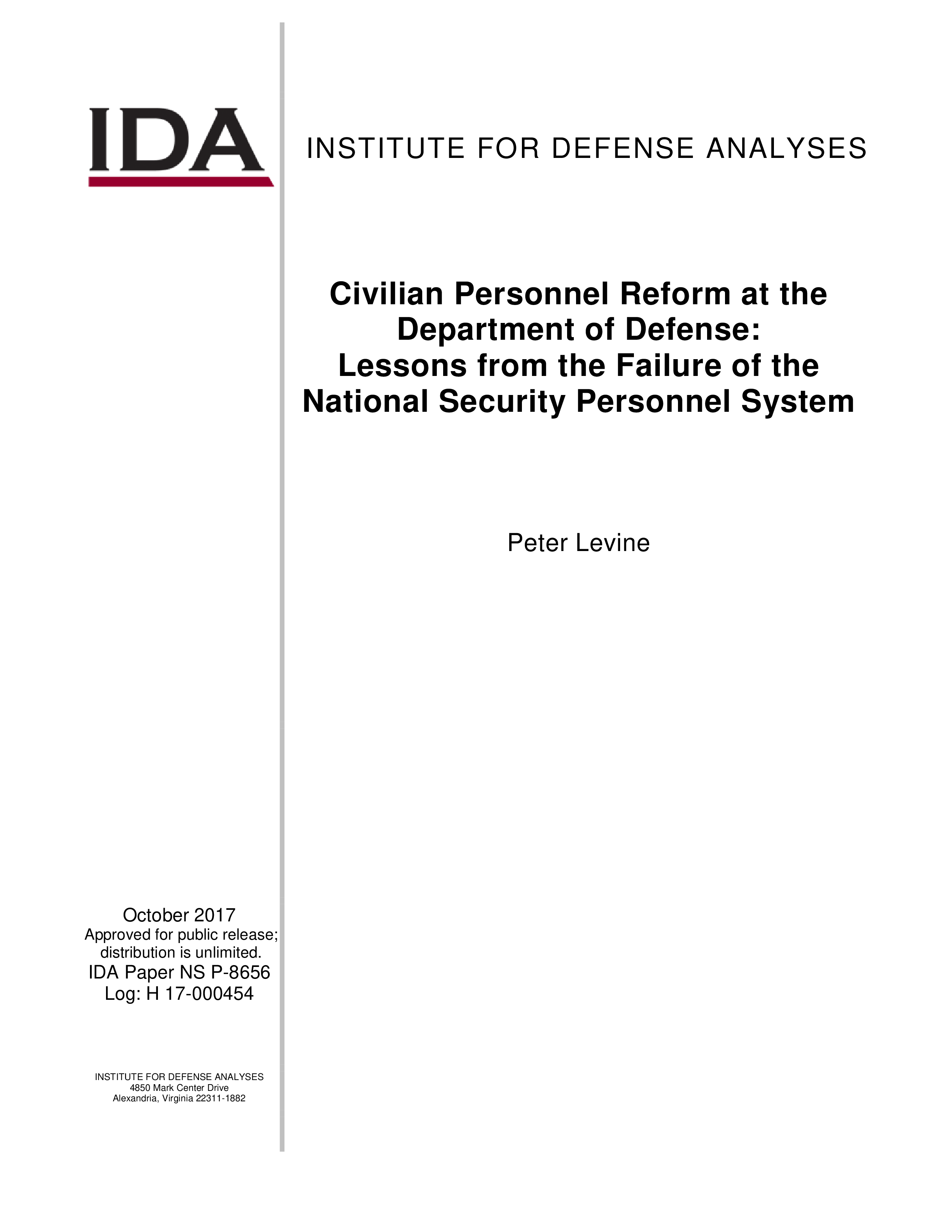 The collapse of the National Security Personnel System (NSPS) in 2009 was caused in significant part by the political miscalculations of Administration officials, who failed to build a broad base of bipartisan support and unnecessarily stoked opposition from federal employee unions and their allies in Congress. Future reform efforts could be more successful by taking a more incremental, targeted approach to build needed flexibilities into the Department of Defence’s civilian personnel system. This review suggests a series of targeted reforms that might help address ongoing deficiencies in the Department’s hiring, performance management, and pay systems. These reforms are designed to address the original objectives of NSPS but without triggering the substantive and political problems—including all-out opposition by the federal employee unions—that NSPS was unable to overcome.