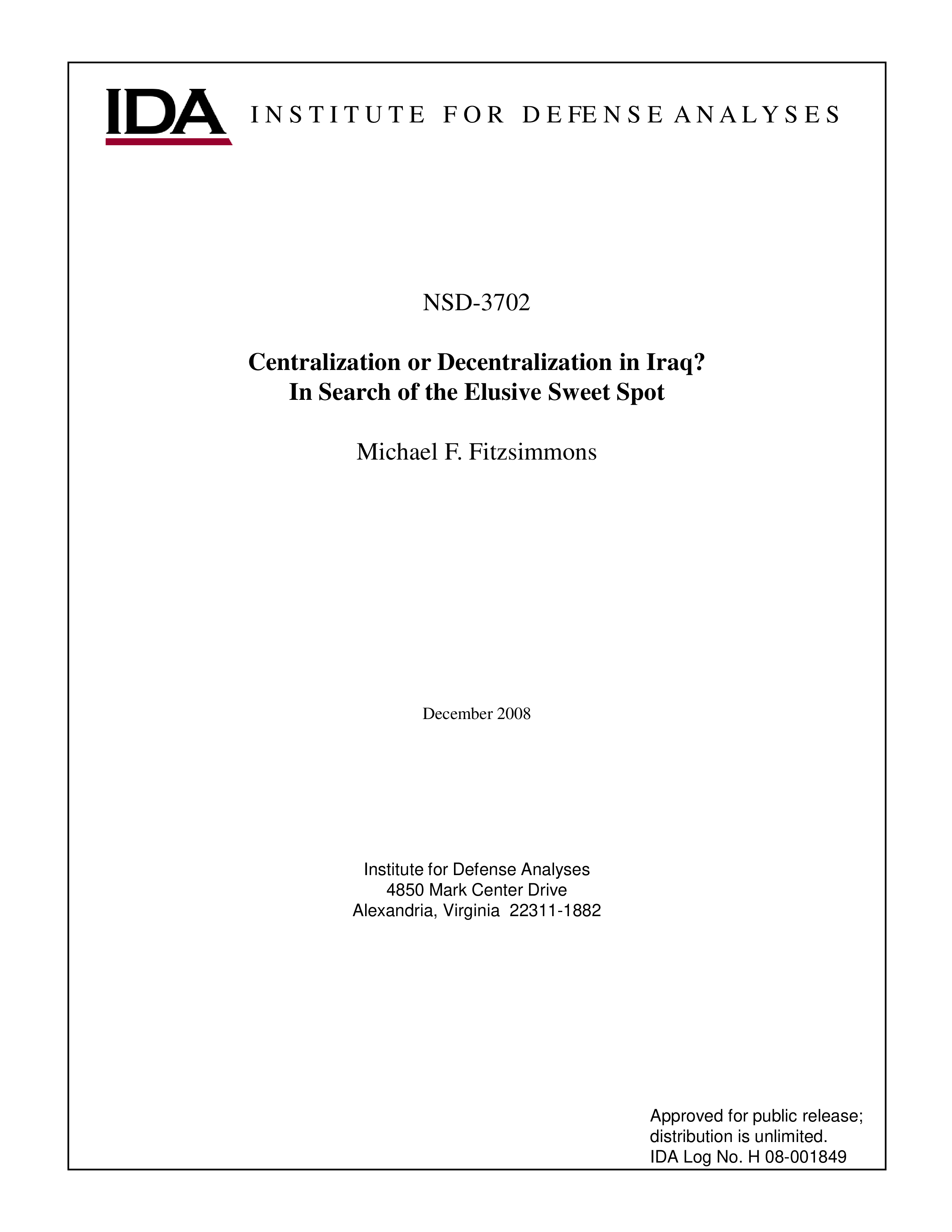 When it comes to Iraqi politics, almost everyone speaks the language of federalism. But the term conceals deep disagreements over the proper distribution of power and resources. With dramatic improvements in Iraq’s security environment in 2008, calls to partition the country receded. Indeed, concerns about over-centralization of power in Baghdad came to rival concerns about fragmentation. But whatever the balance of concerns, it is clear that fundamental questions about the structure of the Iraqi state remain unresolved. Will any more semi-autonomous regions like Kurdistan be formed, as the constitution allows? How exactly will power be divided across federal, regional, and provincial governments? Who will control and manage which parts of Iraq’s oil wealth? And most important, when the answers to these questions reveal themselves, will they add up to a future for Iraq that is stable and democratic? This paper examines three alternative scenarios for the future of the Iraqi state and argues that measured devolution of power to Iraq’s provinces – a sweet spot between too much and not enough centralization – offers the best hope of reconciling peace, stability, and democracy.