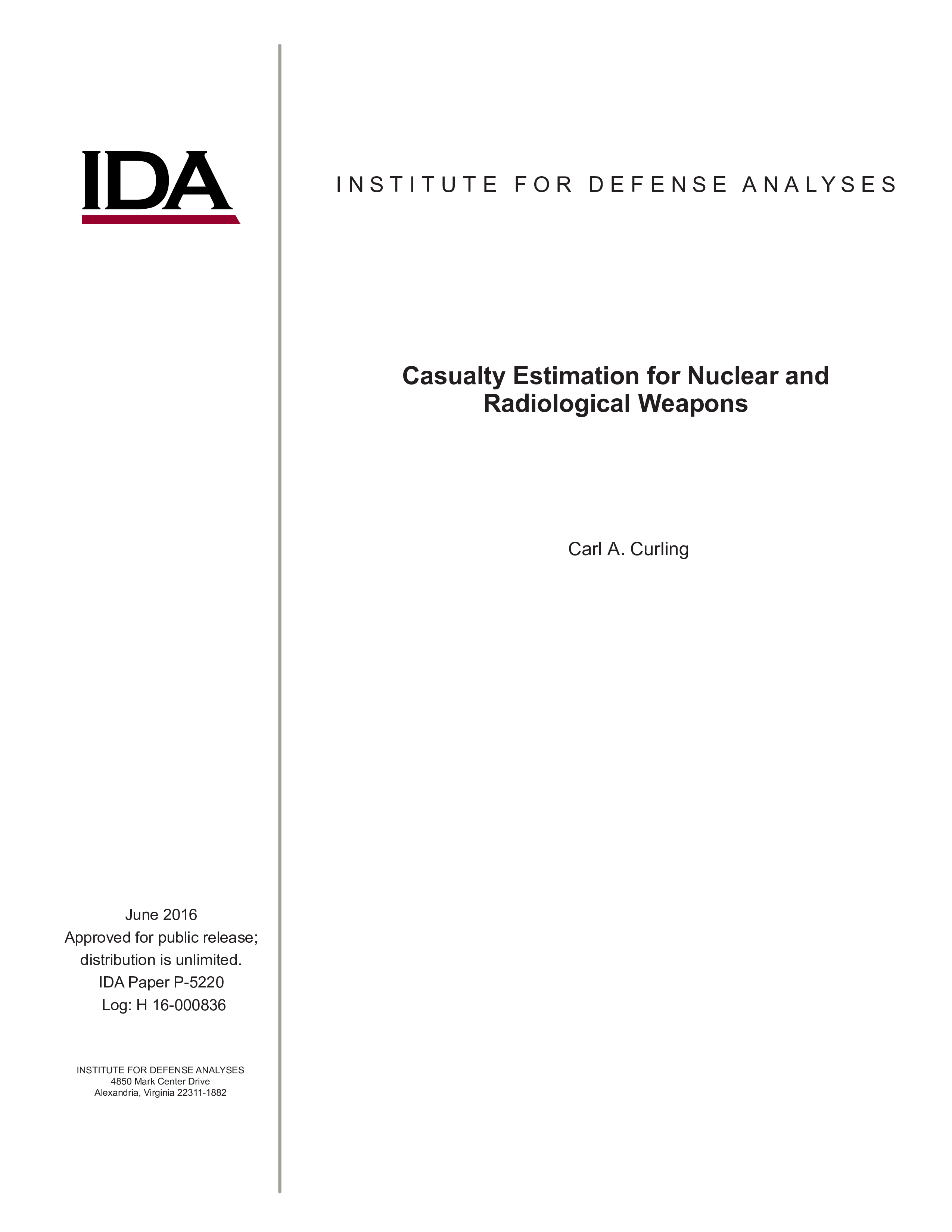 This analysis describes the application of the NATO CBRN casualty estimation methodology to nuclear and radiological weapon threats. In the planning process, casualty estimates may influence the course of action selected, the flow of personnel into the theater, or the amount and timing of the medical assets moved into the theater. For illustrative purposes, the situation is that a commander has asked his staff to plan an operation by a light infantry battalion task force (LIBN). An alternative scenario is of a public event used to estimate the impact of the radiological or nuclear events on civilian populations. The basic nuclear challenge is a 10KT ground burst, with an alternative of a 10KT low air burst. The radiological challenge is an attack with 1.11x105 terabecquerels (TBq) of the radioisotope Cesium-137 (137Cs). Alternative casualty estimates include 90Sr; 241Am, 238Pu; and fallout. The casualty estimates varied from none to 100% of the population considered. When casualties were present, the numbers of casualties were such that they pose a considerable if not catastrophic operational problem. Further courses of action (such as countermeasure missions, unit dispersal and nuclear protective posture) should be considered to further mitigate nuclear or radiological weapons on the battlefield.