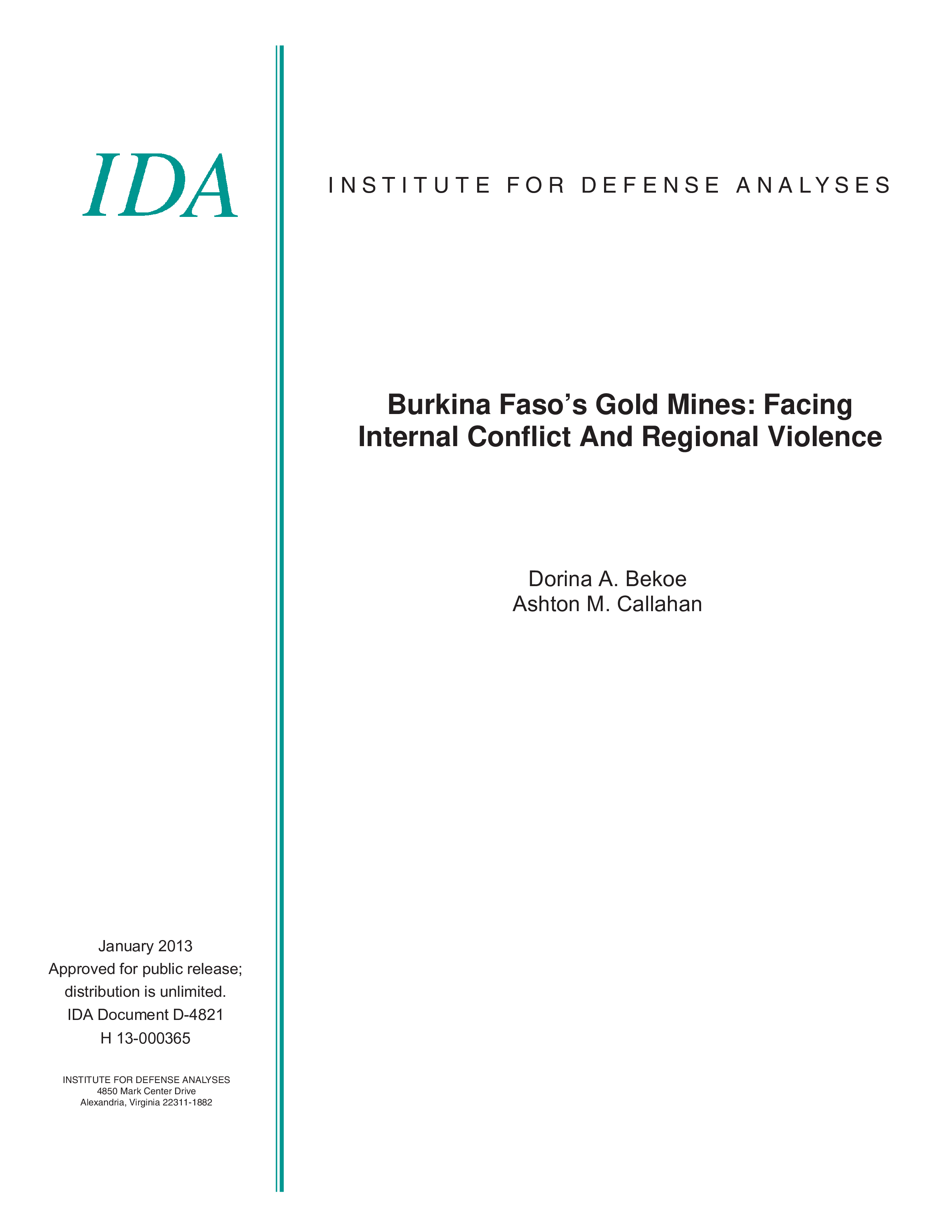 Burkina Faso is fast becoming one of Africa’s leading gold exporters. The foreign-dominated gold mining industry holds the promise of employment in one of the world’s poorest nations. It, however, has also resulted in inter-communal friction, intermittent protest by locals, and concerns over the harm to the environment and the exploitation of children. A close look at the government’s response to the 2011 protests and the 1998 protests in the wake of the murder of journalist Norbert Zongo reveals a government that coopts and compromises its way out of difficulty. The gold mining industry will certainly produce many protests, strike actions, and hostile communities, but President Compoaré is unlikely to allow these activities to threaten the state. In light of the hostage-taking at the natural gas complex in In Amenas, Algeria, which Islamists claimed was launched in retaliation for French intervention in northern Mali, the Inata gold mine in Soum province in northwestern Burkina Faso may be at particular risk. Located near the northern Mali border, it can provide an opportunity for the Islamists to kidnap the gold industry executives in retaliation for a military offensive organized by the Economic Community of West African States, in which Burkina Faso is taking part.