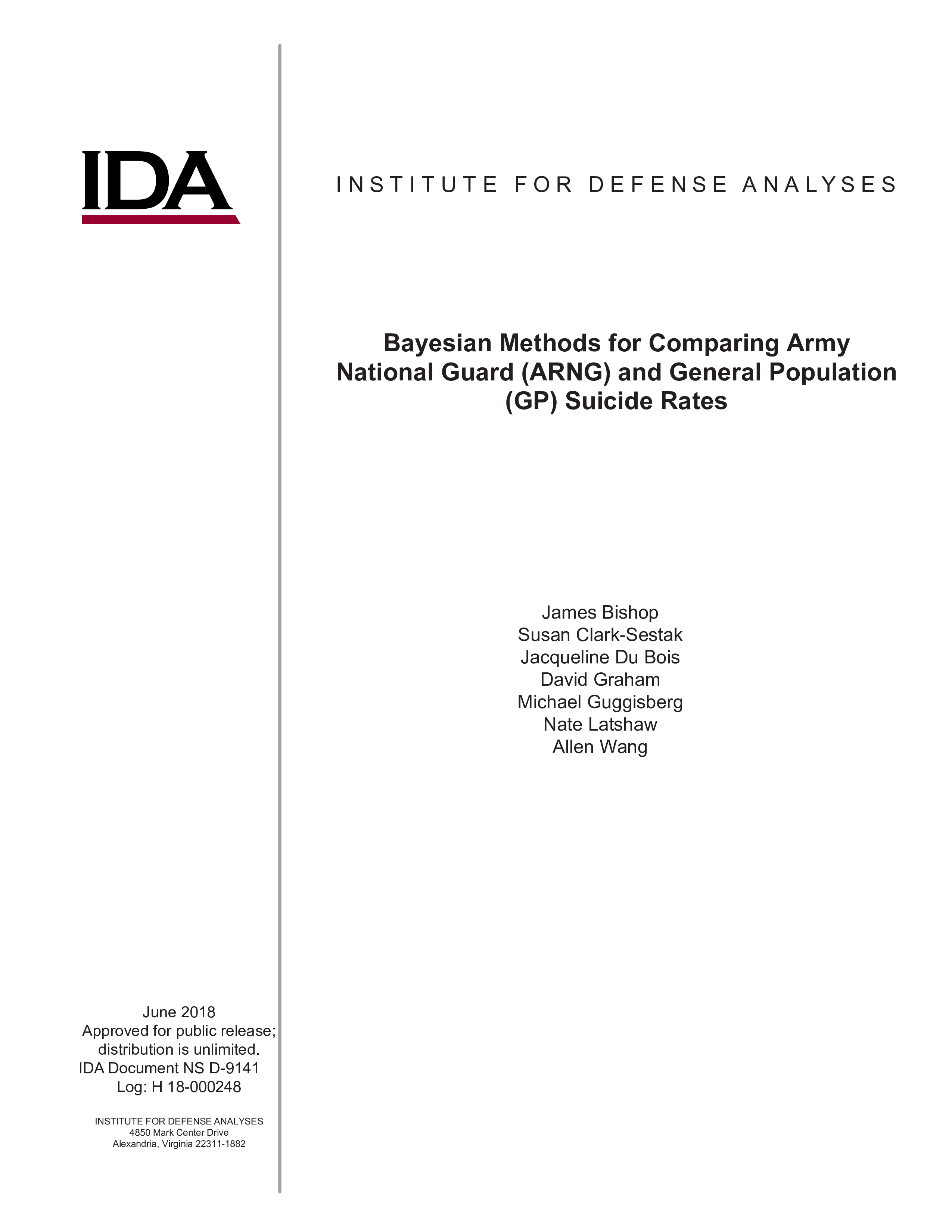 In this briefing, we estimate the relative suicide risk associated with Army National Guard (ARNG) membership, the extent to which demographic and geographic distribution explain that relative risk, and how that relative risk varies demographically and geographically. Estimating relative risk introduces a variety of complicating factors that we seek to address. We find a higher risk of suicide among ARNG members, most of which is explained by the high proportion and high suicide rate of young males in the ARNG. Geographical distribution also explains a small part of the higher risk of suicide in the ARNG. Across geography, we observe that ARNG and general population suicide rates are highly correlated, both being higher in the Mountain West. We also observe that the relative suicide risk associated with ARNG membership tends to be lower where suicide rates are higher.