A Tentative Framework for Examining U.S. and Chinese Expenditures for Research and Development on Artificial Intelligence 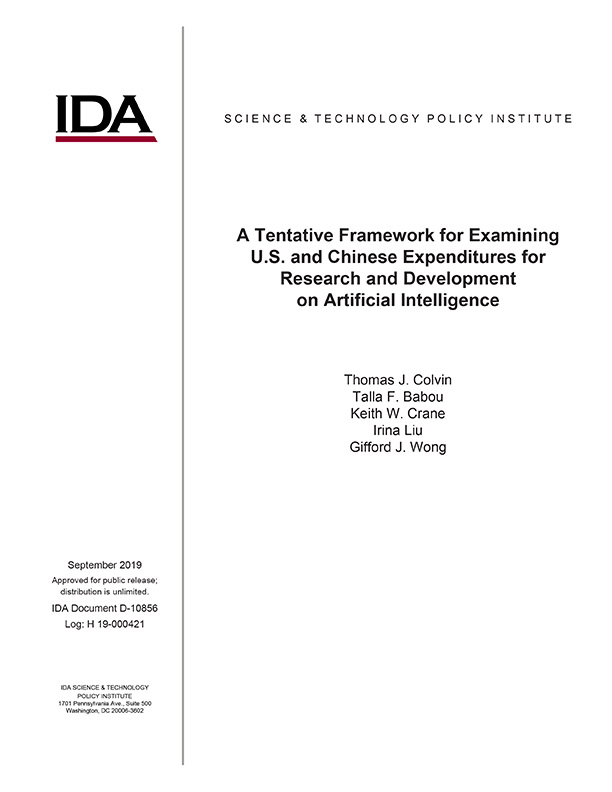 China has serious ambitions to become a global leader in artificial intelligence (AI). The Chinese government, at the central and local levels, has announced large amounts of planned expenditures to support AI activities; however, it is not clear how much of the planned expenditures by the Chinese government is actually being expended, who is providing the money (e.g., central government, local government, enterprises, private investors), to whom the money is going, or on what the money will be spent. The absence of information on these issues makes it challenging for Western analysts, media, and policy makers to understand the extent of China’s activities in support of AI. This lack of information can lead to confusion and misleading comparisons between Chinese and U.S. expenditures on AI, which have caused alarm among some policy makers and observers.

The highest quality data on U.S. Federal expenditures on AI research and development (R&D) are provided by the Office of Management and Budget (OMB) and the Networking and Information Technology Research and Development (NITRD) program. Comparisons between U.S. Federal and Chinese expenditures in AI should use comparably produced data. In other words, the data should be annualized, focused on R&D, focused on AI, be provided by the central government, and be based on outlays or government budgets. Our hypothesis is that information in Chinese government documents and reported in the Chinese media is too poorly defined—in terms of timing, sources, and purpose—to support credible comparisons between U.S. Federal and Chinese central government expenditures on non-defense AI R&D.

The application of our framework to publicly announced Chinese AI activities, which will be the subject of a subsequent report, will provide the assessment of the comparability of each activity’s expenditures with U.S. Federal expenditures on AI R&D. The framework described here is tentative and may evolve as the analysis progresses. The goal of this document and the future analysis is to test our hypothesis—not to estimate China’s total expenditures on non-defense R&D for AI. In line with this goal, we do not plan to investigate all possible sources of expenditure data on non-defense R&D for AI; instead, we limit our scope to activities whose awards are publicly competed, because they are the most likely to have generated publicly available data. We believe that these publicly competed activities will provide a sufficient amount of data to test our hypothesis and provide valuable insight into Chinese expenditures on non-defense AI activities.