Assessment of the Future Economic Impact of Quantum Information Science 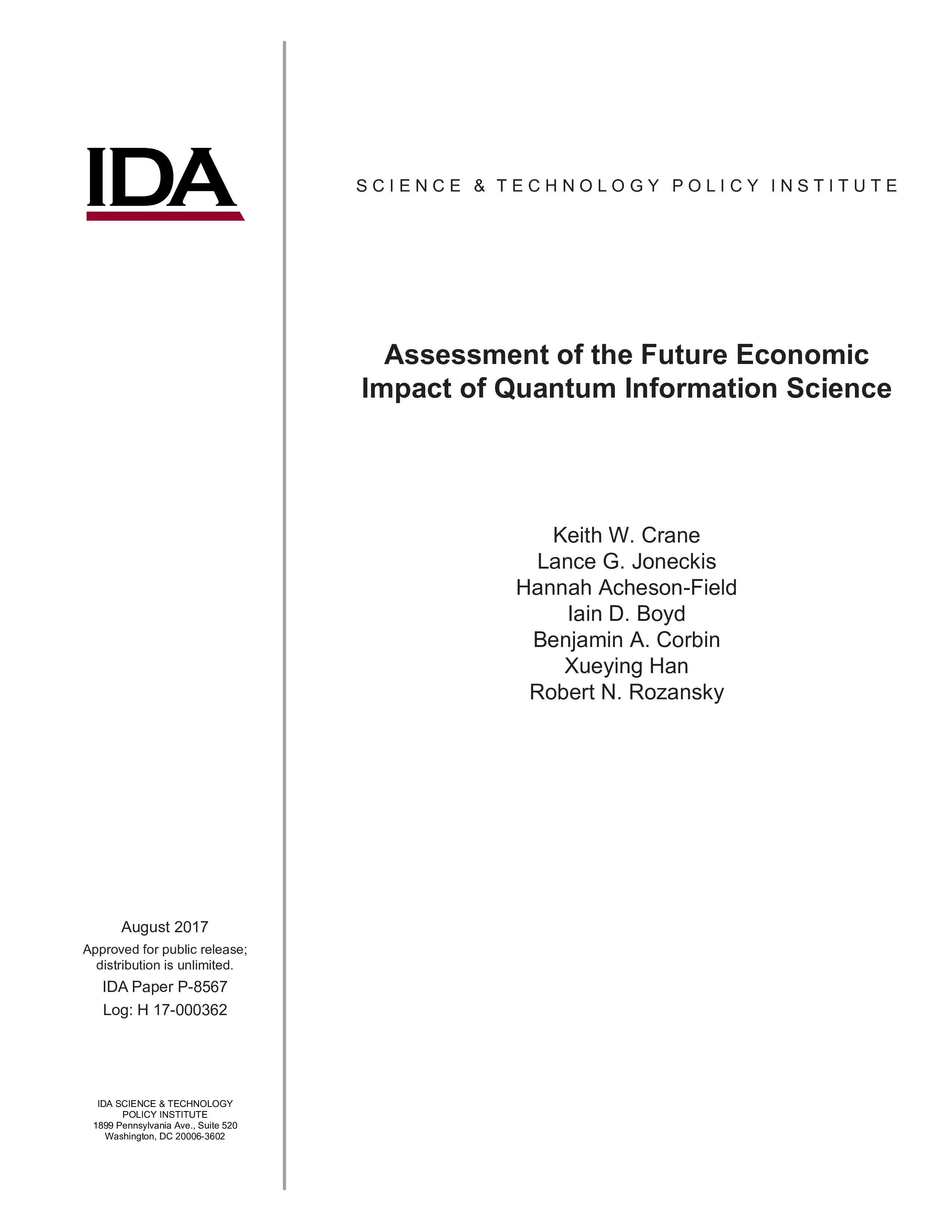 Quantum information science (QIS) builds on scientific principles unique to quantum science—the study of the smallest particles of matter and energy—to obtain and process information in ways that cannot be achieved based on classical physics principles. Quantum phenomena have been harnessed to enhance the accuracy of sensors and detectors, which has advanced basic science experimentation and produced commercial products. They also hold promise for securing sensitive communications and creating more powerful computers. The extent to which the various QIS echnologies that are under development will translate into significant commercial markets is, however, an open question. This report explores what new and emerging quantum technologies offers to potential buyers, the timescale over which the technology is likely to become commercially available, and the potential size of the market at which it is directed. In addition, it identifies current activity in developing these QIS technologies in the United States and around the world, detailing efforts funded by both government and private industry. QIS technologies are unlikely to generate large, near-term commercial payoffs. However, QIS has and will provide for unique and powerful new technologies, beyond the reach of classical technologies. Over the course of the century, quantum technologies are very likely to be economically important.