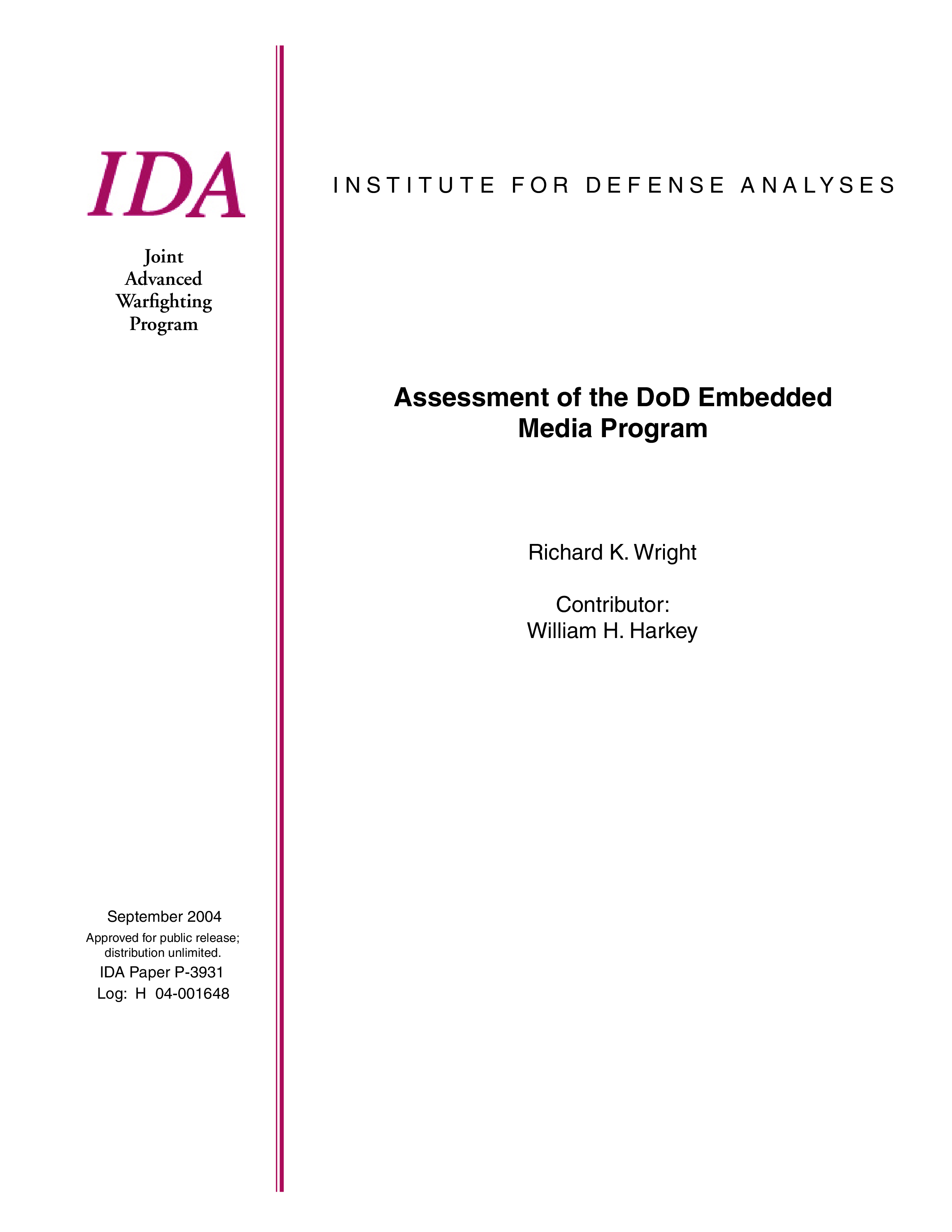 The Department of Defense (DoD) Embedded Media Program provided an unprecedented opportunity for the media to report in real time on the military units and the Service members who executed combat operations during Operation Iraqi Freedom (OIF). Six hundred ninety two media personnel were embedded with ground units, on ships, and at air bases. This paper encompasses the period from initial planning in the summer 2002 through the end of major combat operations on 1 May 2003 and reports the findings from extensive interviews with commanders, Public Affairs Officers (PAOs), bureau chiefs, and embeds and from analysis of program data and documents. The Embedded Media Program was successful from the perspective of the military and the media largely because of the trust and confidence established between the commander and the embeds assigned to his/her unit. Although each embed provided only a small view of the war from his/her perspective at a particular time and place, his/her unprecedented access provided the American and international public with a view and understanding of the war that could not have been provided as effectively any other way. The 16 recommendations related to policy, planning, and training should improve the effectiveness of the program during future military operations.