Assessing the Economic Efficiency of the 2007 U.S. Army Menu of Incentives Program 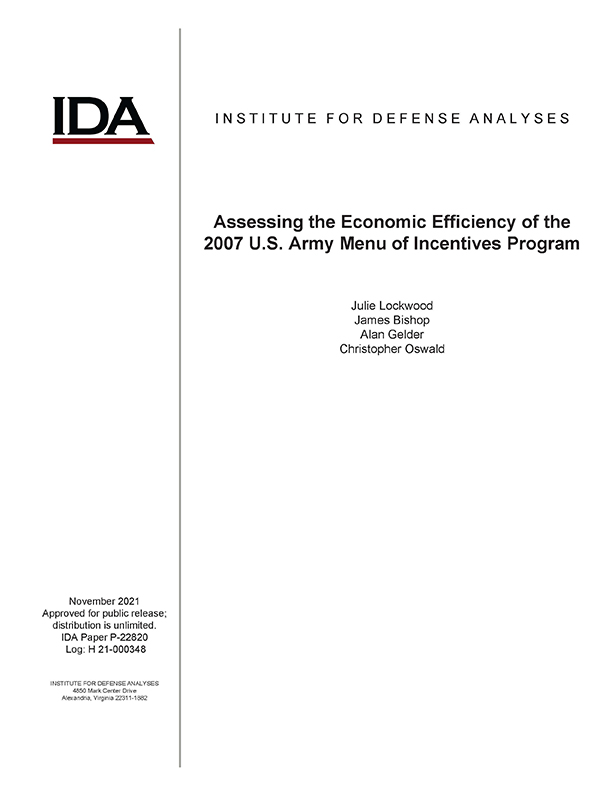 In 2007, the U.S. Army implemented the Menu of Incentives Program (MOIP) to improve retention of Army captains. Eligible officers could select one of five incentive options in exchange for a non-concurrent Active Duty Service Obligation. More than 90 percent of participants chose the Critical Skills Retention Bonus, which entitled the officer to a payment of $25,000 to $35,000 in exchange for a three-year service obligation. In this paper, IDA researchers estimate the total number of service years the Army could have expected to gain from the MOIP prior to program implementation, as well as the share of total bonus costs the Army could have expected to pay in economic rent. We define economic rent as bonus costs in excess of accepting individuals’ reservation prices. Since we are interested in the causal marginal impact of the MOIP on officer retention behavior, we estimate the number of months each officer would have served absent the MOIP using the Retention Prediction Model-Army. Our analyses suggest that the Army paid about $92,000 in bonuses per year of service gained, and that about 62 percent of the program’s direct costs were in economic rents. We suggest several steps the Army can take to better understand the return on investment of various retention incentives.