A Statistical Solution to a Physics Problem 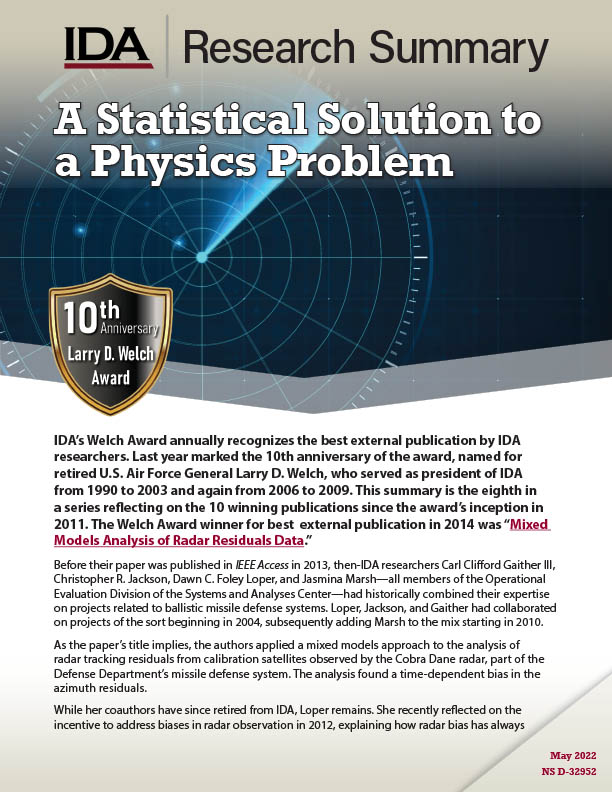 The 2014 Larry D. Welch Award winner for best external publication was the IEEE Access article “Mixed Models Analysis of Radar Residuals Data” by IDA researchers Carl Clifford Gaither III, Christopher R. Jackson, Dawn C. Foley Loper, and Jasmina Marsh. In this summary, Loper, the only author still working at IDA, reflects on the team’s incentive in 2012 to address biases in radar observation. Their research focused on residuals that indicate a bias between actual locations of calibration satellites and observations of the satellites’ positions reported by the ballistic missile detection radar known as Cobra Dane. By using a statistical approach instead of the usual physics-based model, the authors were able to control for numerous, random idiosyncrasies of calibration satellites to account for variation in residuals to a greater extent than ever before.