A Review of Approaches to Sharing or Relinquishing Agency-Assigned Spectrum 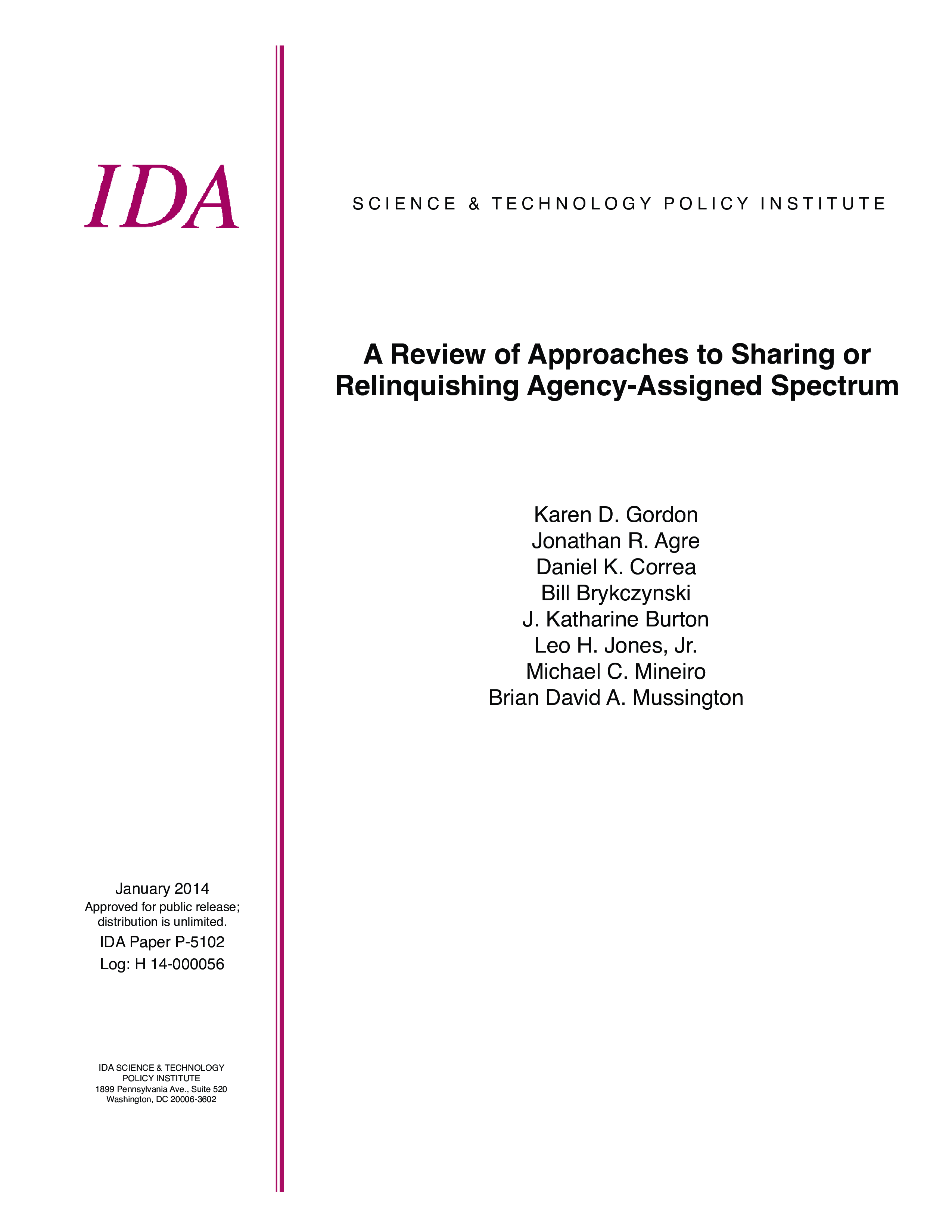 The Presidential Memorandum of June 14, 2013, “Expanding America’s Leadership in Wireless Innovation,” called for continued efforts to make more spectrum available for commercial use. It established a Spectrum Policy Team (SPT) and directed the SPT to publish a report on “market-based or other approaches that could give agencies greater incentive to share or relinquish spectrum, while protecting the mission capabilities of existing and future systems that rely on spectrum use.” This paper, prepared in support of the SPT’s efforts, reviews the regulatory framework governing spectrum allocation and describes nine approaches for incentivizing agencies to share or relinquish spectrum. Six of the approaches are market-based approaches, which leave considerable decision-making authority with the agency, but attempt to influence the decision to share or relinquish in a variety of ways. The other three approaches—referred to as directed reallocation and sharing approaches—rely on a central authority to make decisions. No single approach is likely to be the final answer. Many possible combinations, modifications, and offshoots of these approaches could be used to best adapt to the evolving economic, political, and technological envrionment.