A Resurgent Russia: Its Strategy and Strategic Posture and the Implications for the United States and NATO 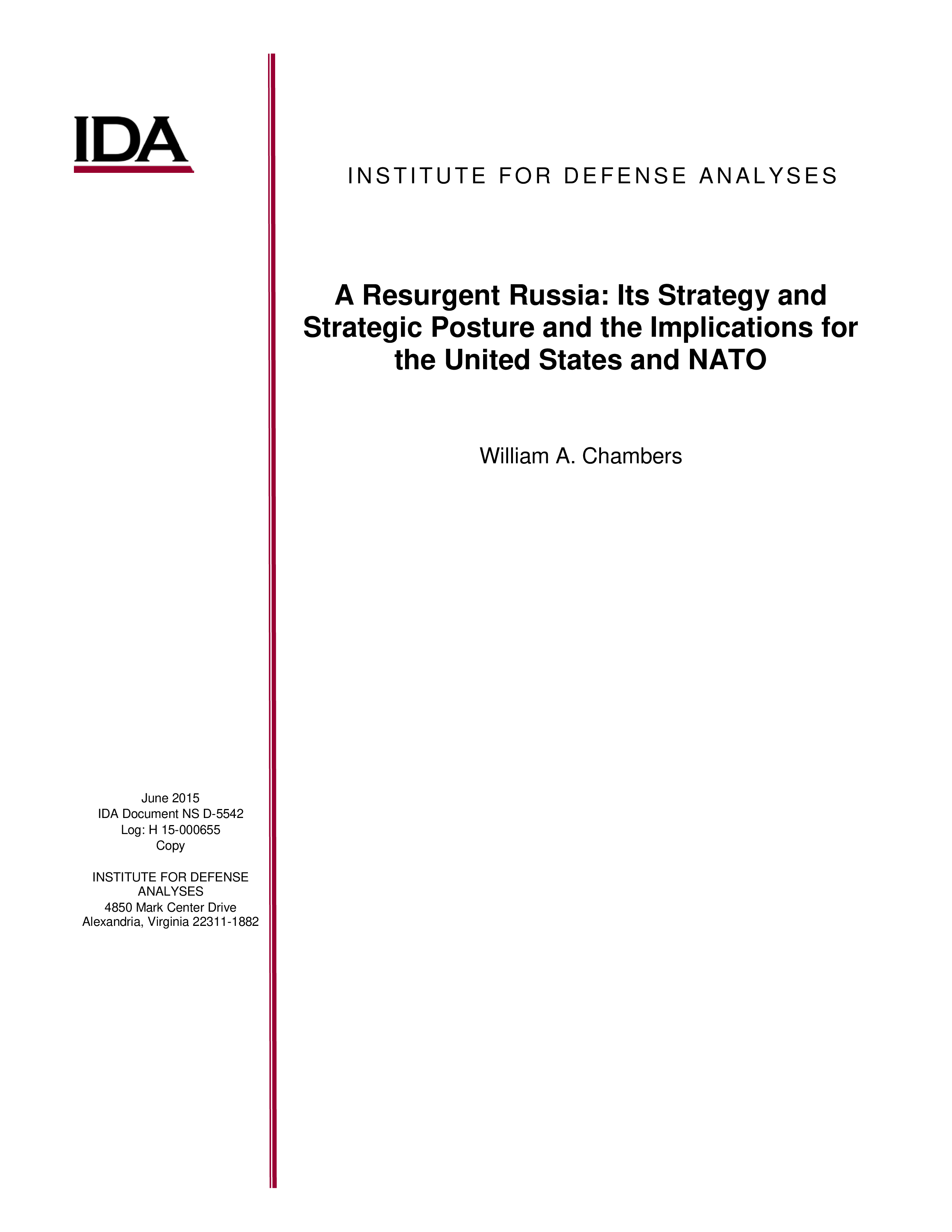 Beginning with the annexation of Crimea in early 2014 until the present conflict in eastern Ukraine, Russia is employing and posturing their capabilities in an increasingly aggressive and destabilizing manner. Some in the US have termed this phenomenon as a “resurgent Russia.” The implications of Russian behavior on the global stage long-term are being discussed, and NATO and the US are reacting in response to near-term implications. Cataloging Russian actions and rhetoric helps synthesize a narrative to describe recent trends as evidence of Russian strategy or strategic intent. Then, describing a list of military implications for the US and NATO helps answer the fundamental question, “What does this mean for us?