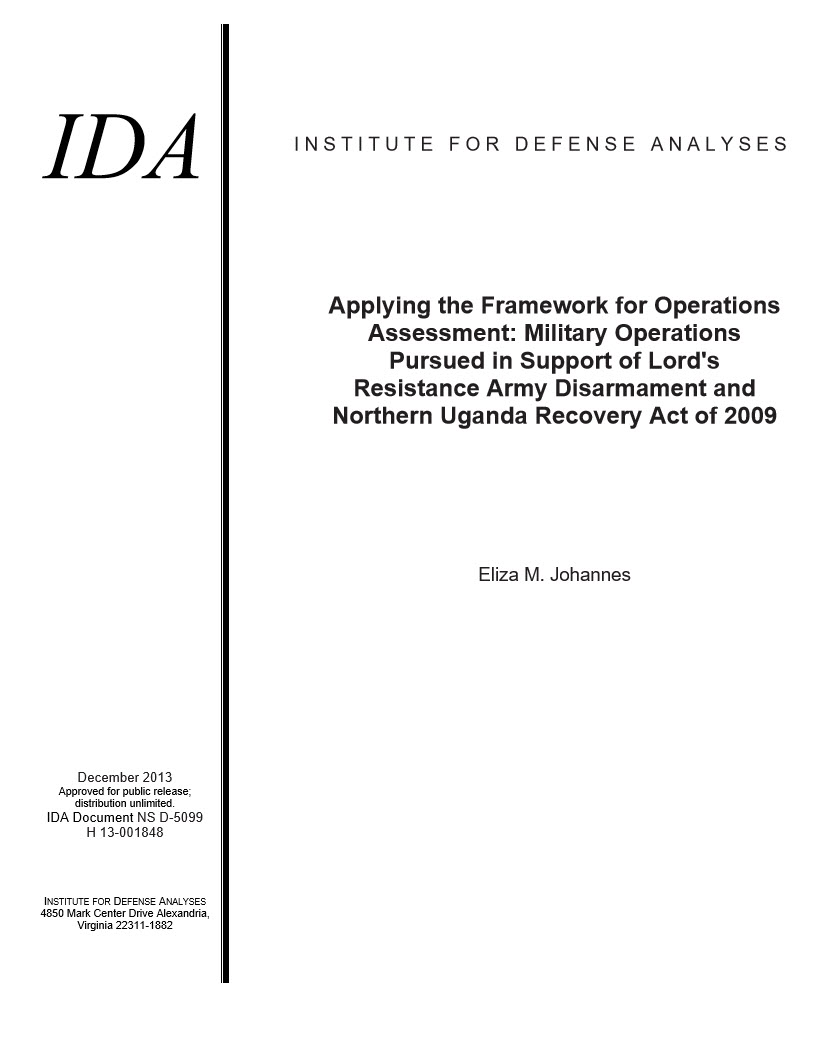 This document presents a framework for operations assessment that builds upon existing approaches to provide a more nuanced than proscribed evaluation of military operations. It follows existing frameworks by including such features as an account for political context surrounding an operation. Identifying military action intended to realize stated policy is not enough. An important component to successful force action is adequate resourcing. Without it, operations have a lower likelihood of expected success; this causes some military leaders to decline executing them all together. Criticizing an operation for failing at something it did not attempt is disingenuous. In addition to incorporating elements of existing approaches, the defined framework extends them by describing how situational uncertainty can complicate the interpretation of effectiveness metrics. Simply put, situational uncertainty means that more than one interpretation of an observed outcome may exist. When differing interpretations indicate diverging possibilities, which ultimately influence final assessments, as to the beneficial or detrimental nature of an operation, it is worthwhile to attempt to alleviate the uncertainty. When doing so, it is noteworthy to be candid regarding its presence and to include it in the final decisions. Assuming a state of the world that biases assessment in one direction or another as a matter of convenience should is unacceptable.