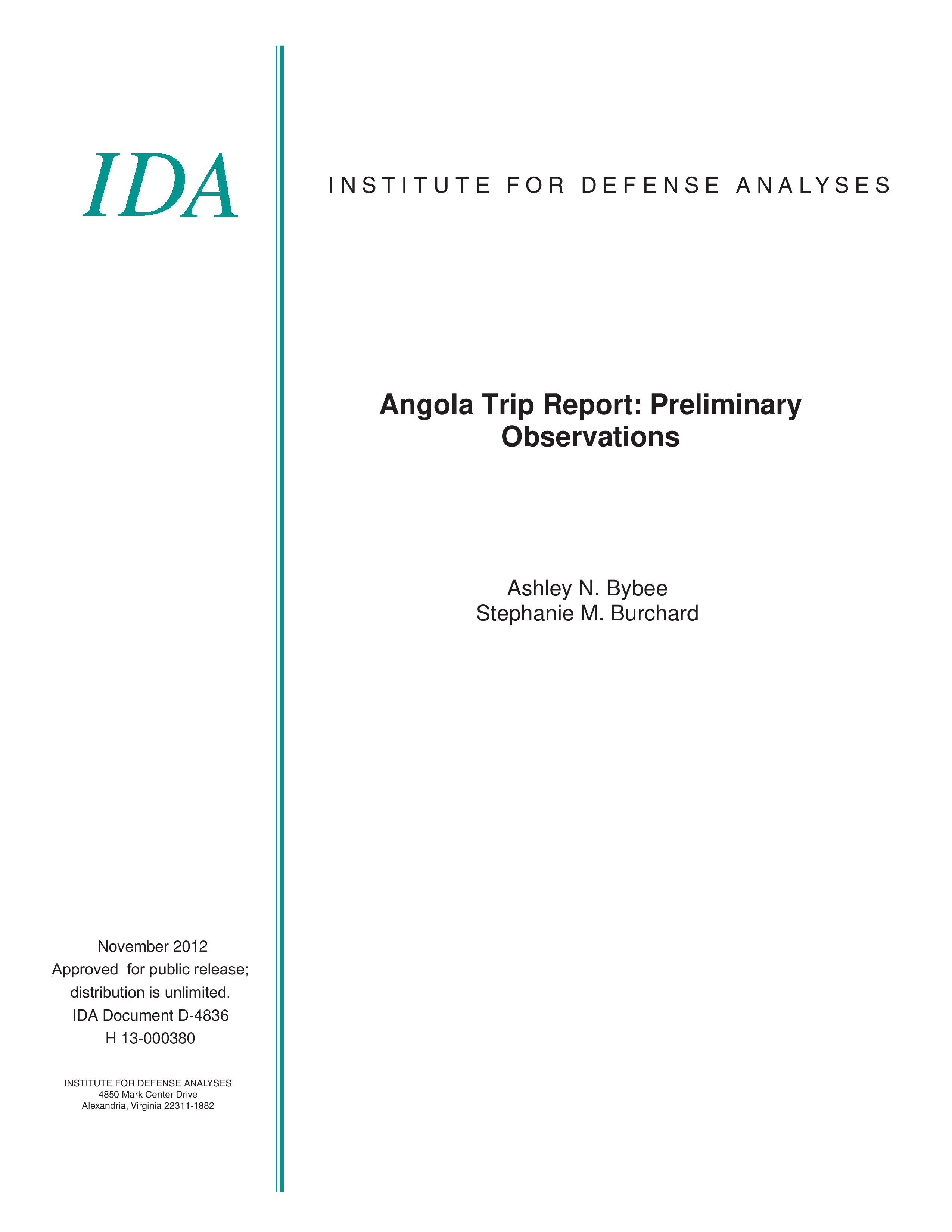 IDA researchers traveled to Angola from November 3 to 13, 2012, to conduct field research in support of sub-task 360443 (Oil Production and Political Stability) and the broader Global Coverage Analysis Program for Africa (GCAP-Africa). The primary objective of this trip was to identify testable hypotheses regarding the relationship between oil production and political stability in sub-Saharan Africa using Angola as a case study. The secondary objective was to cultivate networks in Luanda and Cabinda to be leveraged for future research on this topic and others. The findings of this field research will provide the substance for this sub-task’s second formal deliverable, to be delivered to the sponsor in January 2013.