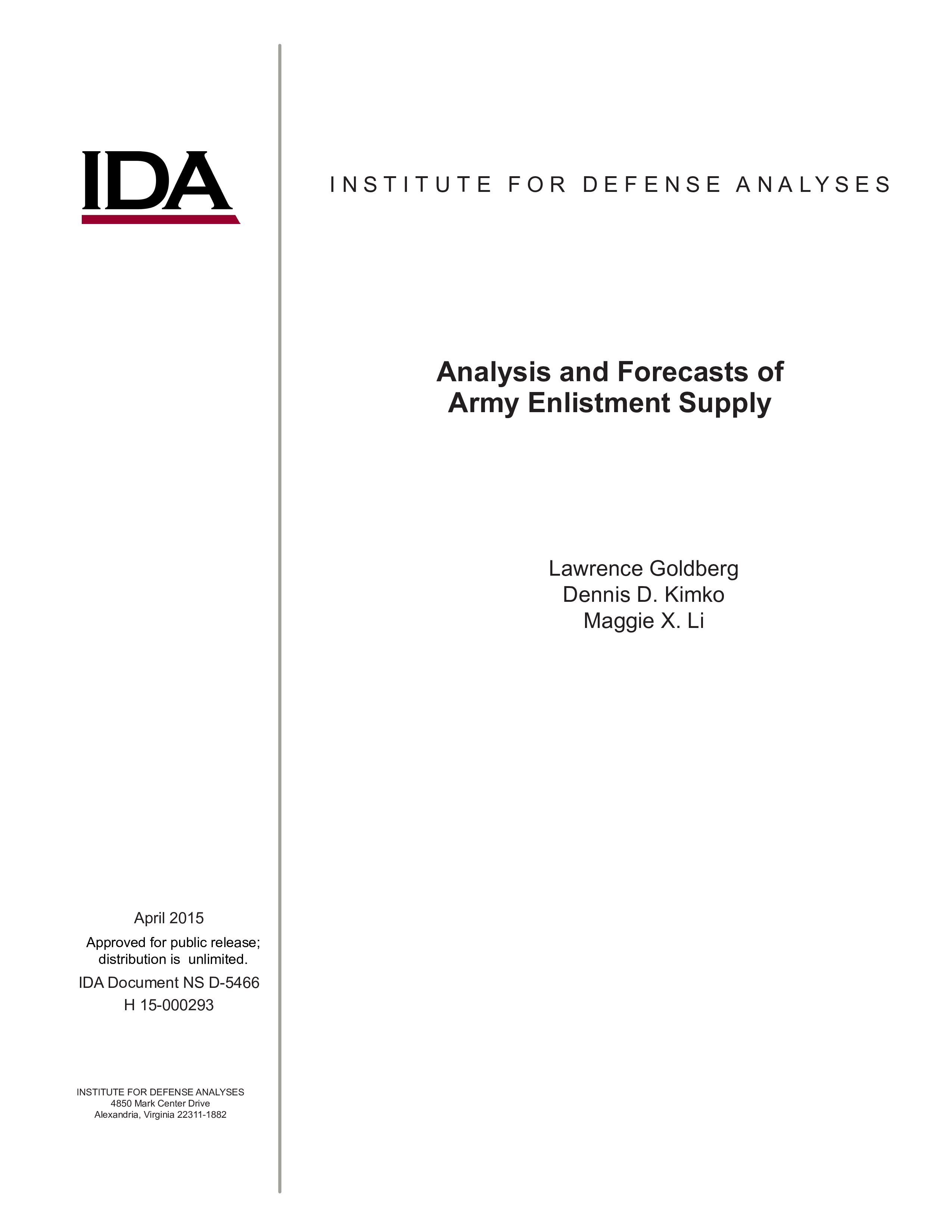 Why did the Army fail to achieve its enlistment goal in FY 2013? Could it achieve the goal in future years without additional resources? To answer these questions, this paper analyzes and forecasts Army enlistment supply. We assume supply depends on the relative benefits of enlistment versus civilian alternatives. One observes supply if the enlistment goal is not achieved (Regime 1). If the goal is achieved, recruiting effort is curtailed and one observes less than supply (Regime 2). We estimate separate equations for each regime—a “switching model.” These are estimated with monthly battalion-level data in Fiscal Years (FYs) 1995–2013. The large sample enabled us to measure the effects of economic and demographic factors, recruiting resources, and the War on Terror. The results were used to forecast enlistment supply in FYs 2014–2020. The Army’s enlistment goal was not achieved in FY 2013 because of the Afghan war, declines in unemployment and recruiting resources, and increases in the mission. An economic upturn is expected in FYs 2014–2020.This will reduce supply by 10 to 18 percent. Given war and an economic upturn, the Army’s FY 2013 enlistment goal cannot be achieved in FYs 2014–2020 without additional recruiting resources.