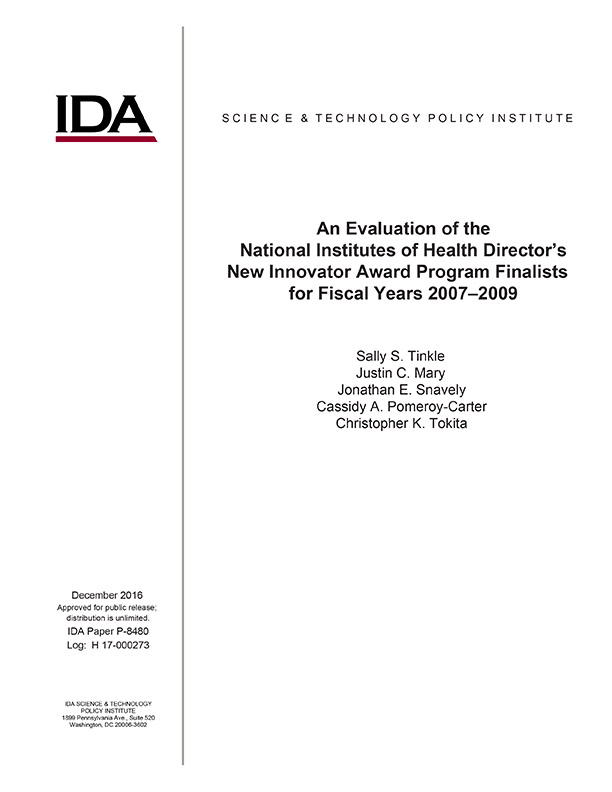 The National Institutes of Health (NIH) New Innovator (NI) Award Program was created in FY 2007 to support promising new investigators who were proposing innovative, high-risk, high-reward research. NI awards are targeted to early stage investigators who are defined as investigators within 10 years of their terminal research degree or medical residency and who have not yet received a substantial NIH research grant, such as the NIH R01 grant. NIH awarded 115 NI awards in FY 2007–2009; however, 120 early career investigators submitted an NI award application in this same timeframe, scored well in review, but did not receive funding. The NIH Office of the Director contracted with the IDA Science and Technology Policy Institute (STPI) to assess potential differences between the 120 award finalists in comparison to the 115 NI awardees.