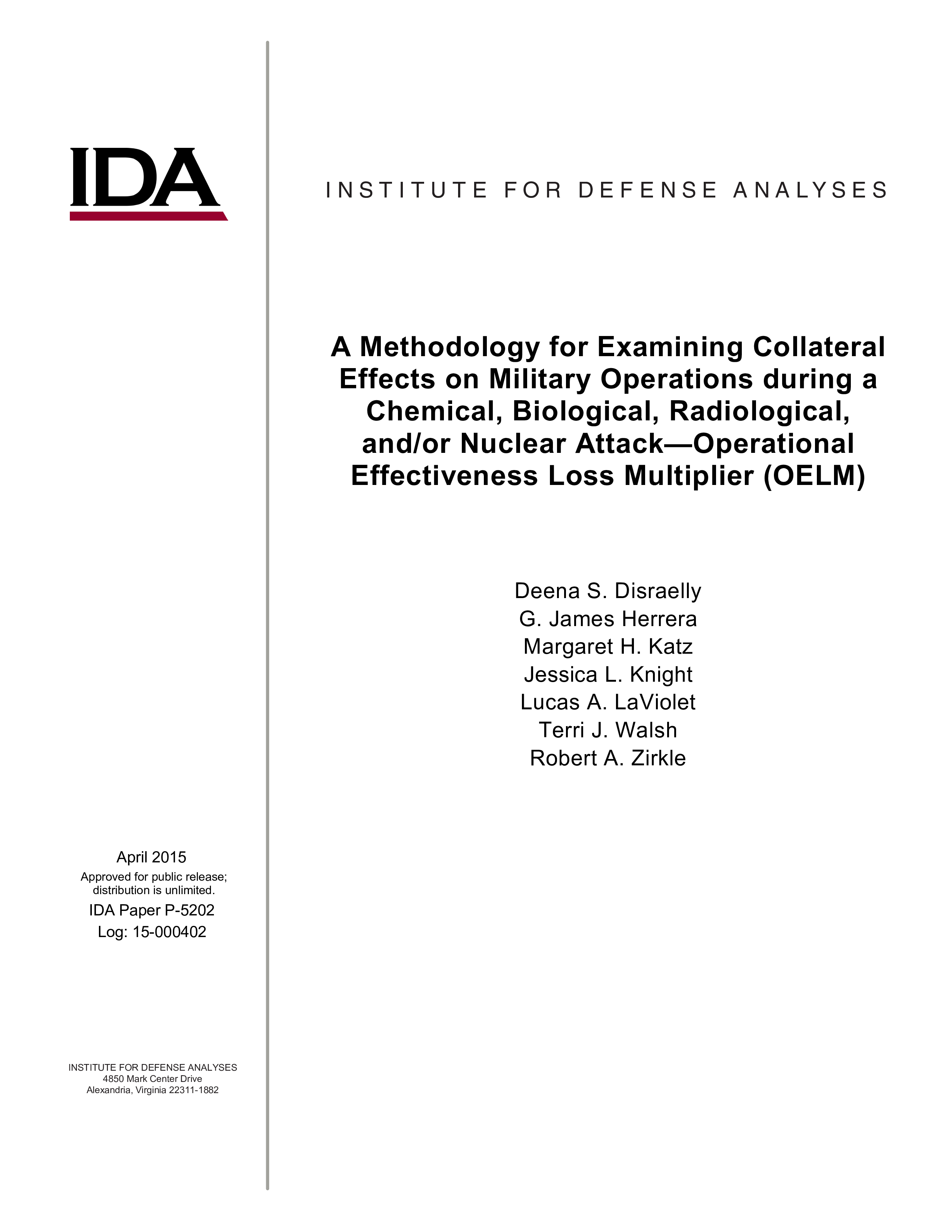 This paper supplements the 2012 IDA Document D-4666 “Operational Effectiveness Analysis (OEA),” which focused on the development of a methodology for estimating losses to unit operational effectiveness resulting directly from exposure to a CBRN event. This paper concentrates on a methodology for estimating reductions to a military unit’s operational effectiveness due to the collateral effects of a CBRN event, known as operational effectiveness loss multipliers (OELMs). For the OELM methodology, collateral effects are defined as consequences or impacts experienced in advance of, in concert with, subordinate to, or subsequent to the direct casualties that result from a CBRN event and reduce the operational effectiveness of individuals or units. OELMs are defined as “factors and requirements (including actions and activities in preparation or response to a CBRN event) that render either individuals or units ineffective or partially effective” because of the collateral effects on personnel occasioned by the CBRN event or requirements placed on personnel in preparation for or response to such an event. Among the OELMs are medical countermeasures (e.g., administration of post-exposure prophylaxis), nonmedical countermeasures (e.g., individual or collective protective equipment) response activities (e.g., decontamination and buddy aid), and indirect exposures (e.g., combat stress)