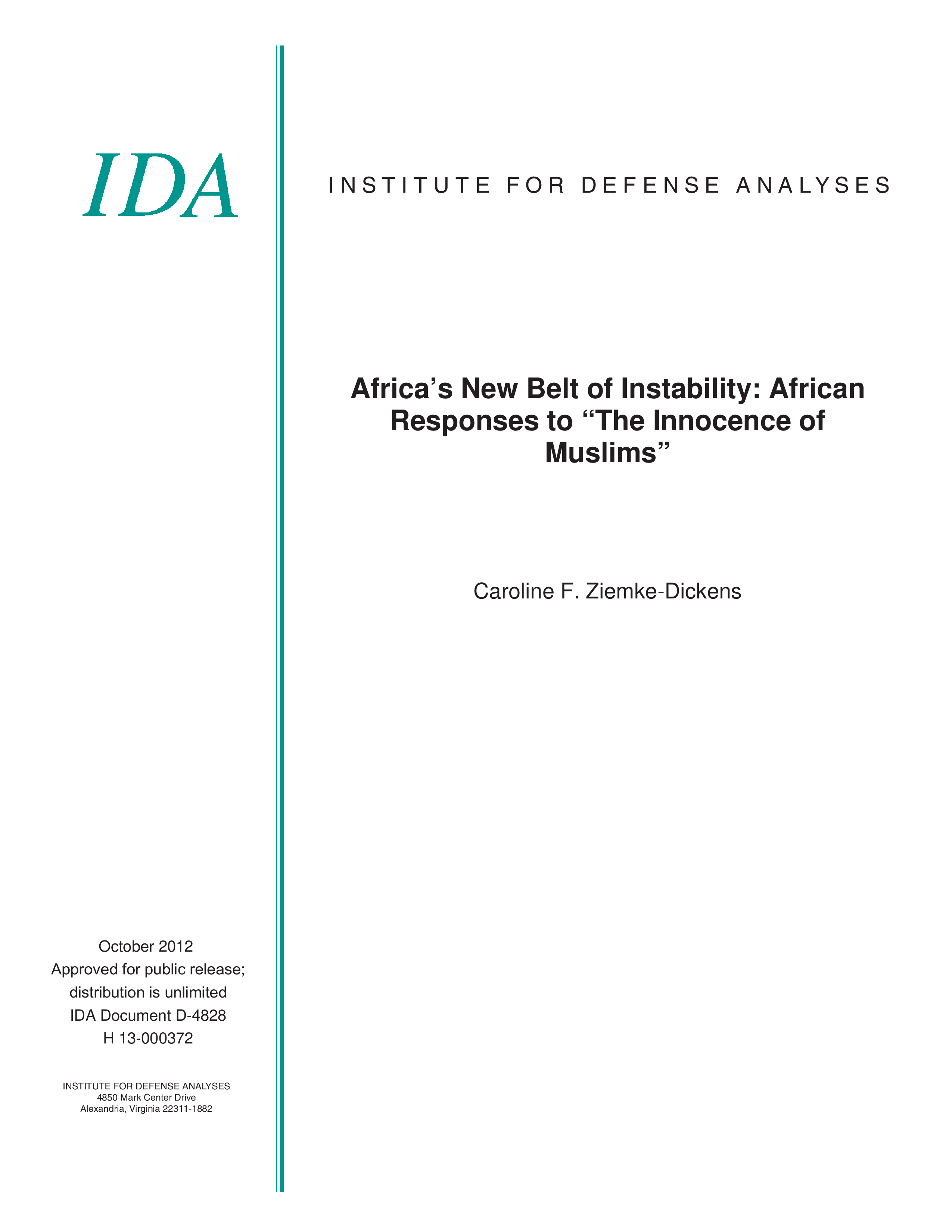 The kind of violent anti-U.S. and anti-Western demonstrations that spread across the Middle East and South Asia in the weeks following the September 11 protests at the United States Embassy in Cairo have failed to materialize in Muslim population centers in sub-Saharan Africa, even in those countries most deeply divided by religious violence. Protests in Paris, London, Dortmund, and Sydney all outnumbered even the largest ones in sub-Saharan Africa. With the exception of Sudan, no protests in sub-Saharan Africa resulted in fatalities of either protestors or police. Some property damage was reported in Nigeria and Niger, but Boko Haram and other extremist groups were notably absent from the protests.1 A country-by-country survey of responses is presented in the Annex.

This analysis focuses on the sub-Saharan “belt of instability” that stretches across the middle of the continent from Mauritania in the west to Somalia on the Horn of Africa.