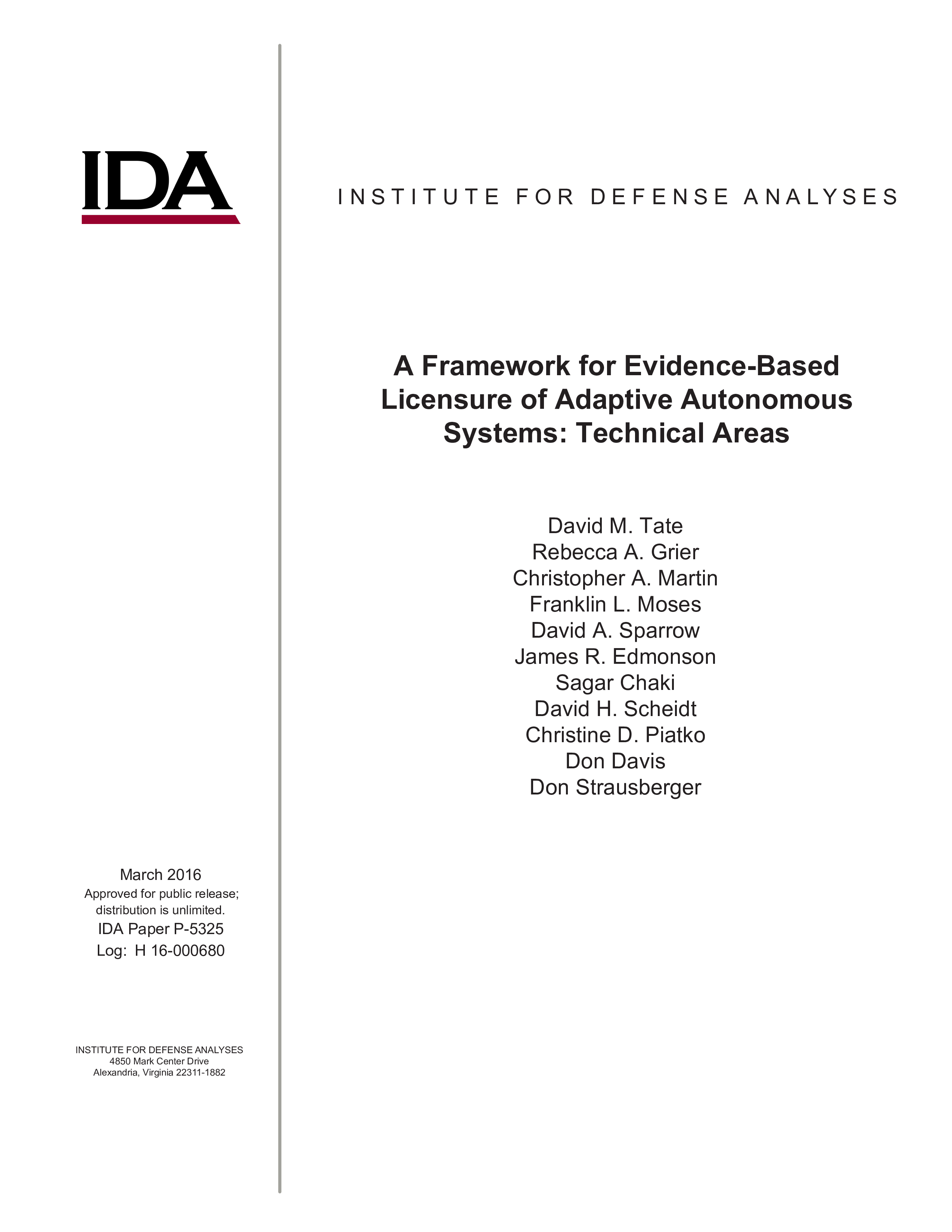 The main body of this paper presents an approach to test, evaluation, validation, and verification (TEVV) of autonomous systems based on licensure.1 There are a number of areas where existing work must be converted or new techniques developed in order to make this possible. Detailed treatment in the main body would have distracted the reader from the overall approach. Some of these details are presented here, for selected issues: