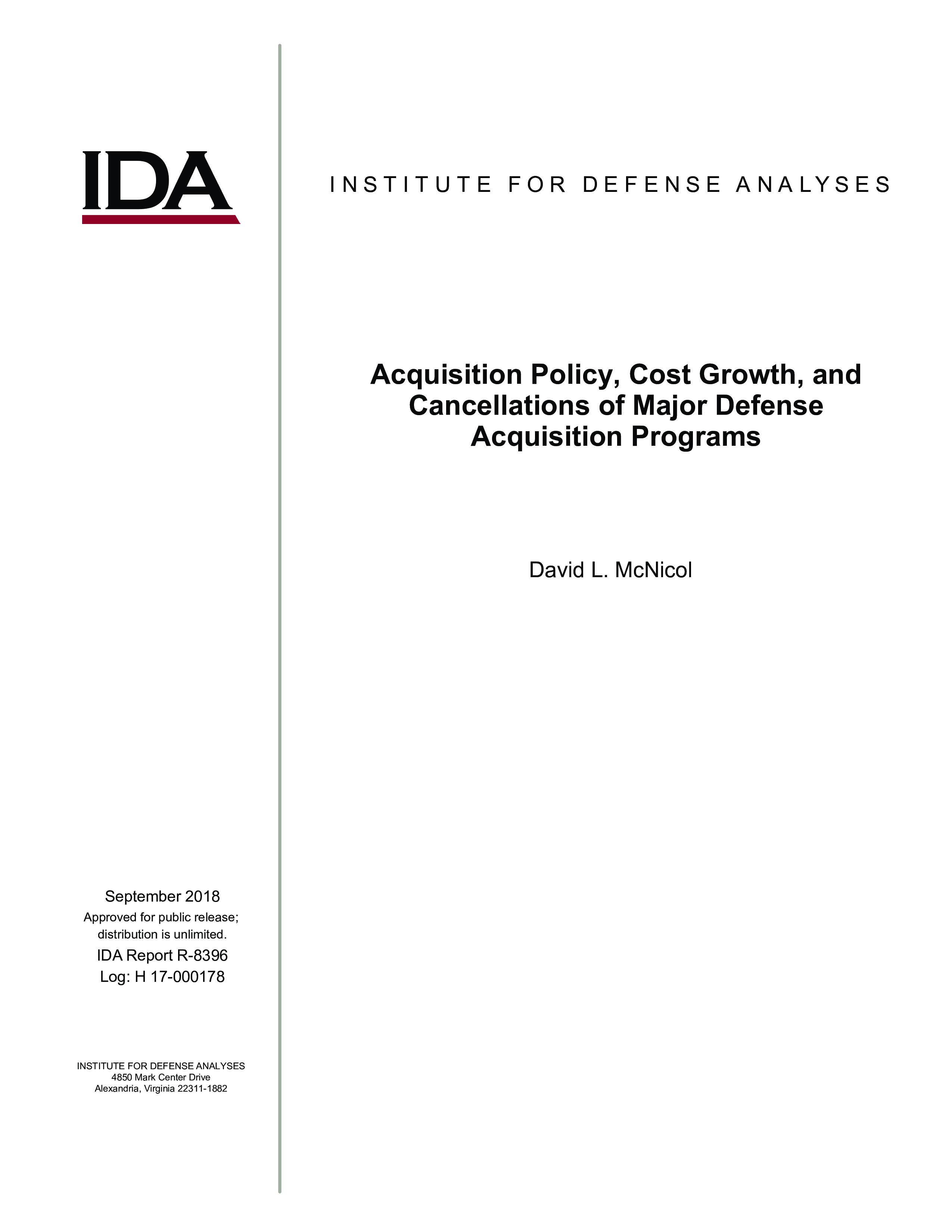 This study is concerned only with major defense acquisition programs (MDAPs). It is further confined to “acquisition costs,” which is a term of art defined as the sum of Research, Development, Test and Evaluation (RDT&E) funding and procurement funding (that is, the cost of buying the system once it has been developed). The main question asked is whether changes in Department of Defense (DoD) acquisition policies and oversight processes over the period fiscal year (FY) 1964–FY 2009 significantly altered cost growth on MDAPs and the proportion of MDAPs cancelled. Cost growth and cancellations are singled out for examination because they often have been used in public and congressional discussions as tests of the success (or lack thereof) of DoD acquisition of major systems. The available quantitative evidence on whether changes in acquisition policy have reduced cost growth and cancellations is mixed and inconclusive. Because it is a pivotal question and because the topic remains relevant, this study undertook a fresh and comprehensive analysis of the extent to which changes in acquisition policy over the period FY 1965–FY 2009 influenced MDAP cost growth and cancellations.