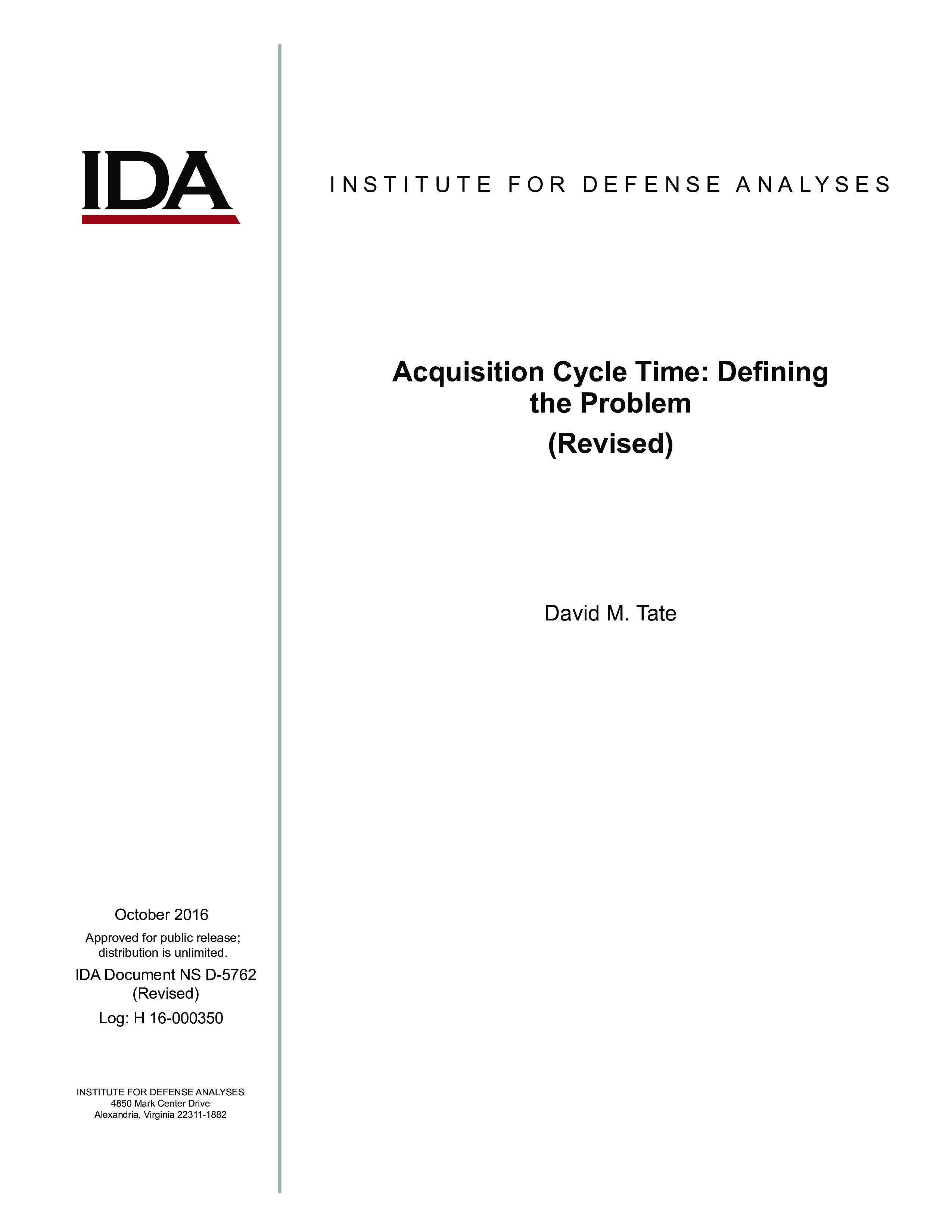 Cycle times (or development lead times) for defense weapon systems are a hot topic in the defense world. In September of 2014, the Under Secretary for Acquisition, Technology and Logistics, the Honorable Frank Kendall, issued Version 3 of the Better Buying Power (BBP) initiative. One focus area of BBP 3.0 is “Reduce cycle time while ensuring sound investments” (Kendall, 2014). The lead article (Schultz, 2014) in the November-December 2014 issue of AT&L Magazine was entitled “Please Reduce Cycle Time.” RAND produced a 2014 report entitled Prolonged Cycle Times and Schedule Growth in Defense Acquisition: A Literature Review (Riposo, McKernan, and Kaihoi, 2014). The House Armed Services Committee held hearings in October 2015 on the topic “Shortening the Defense Acquisition Cycle.”1

Many commenters on defense acquisition have asserted that it now takes too long to develop and field new systems, and that we should do something about it. They say that the pace of technological advancement, especially in electronics and information technology, is now so fast that our “advanced” military systems are nearly obsolete by the time they are fielded. Even seemingly mundane systems, such as troop transport vehicles and cargo aircraft, seem to take forever to field.