A Case Study of Oil Production and Political Longevity in Angola 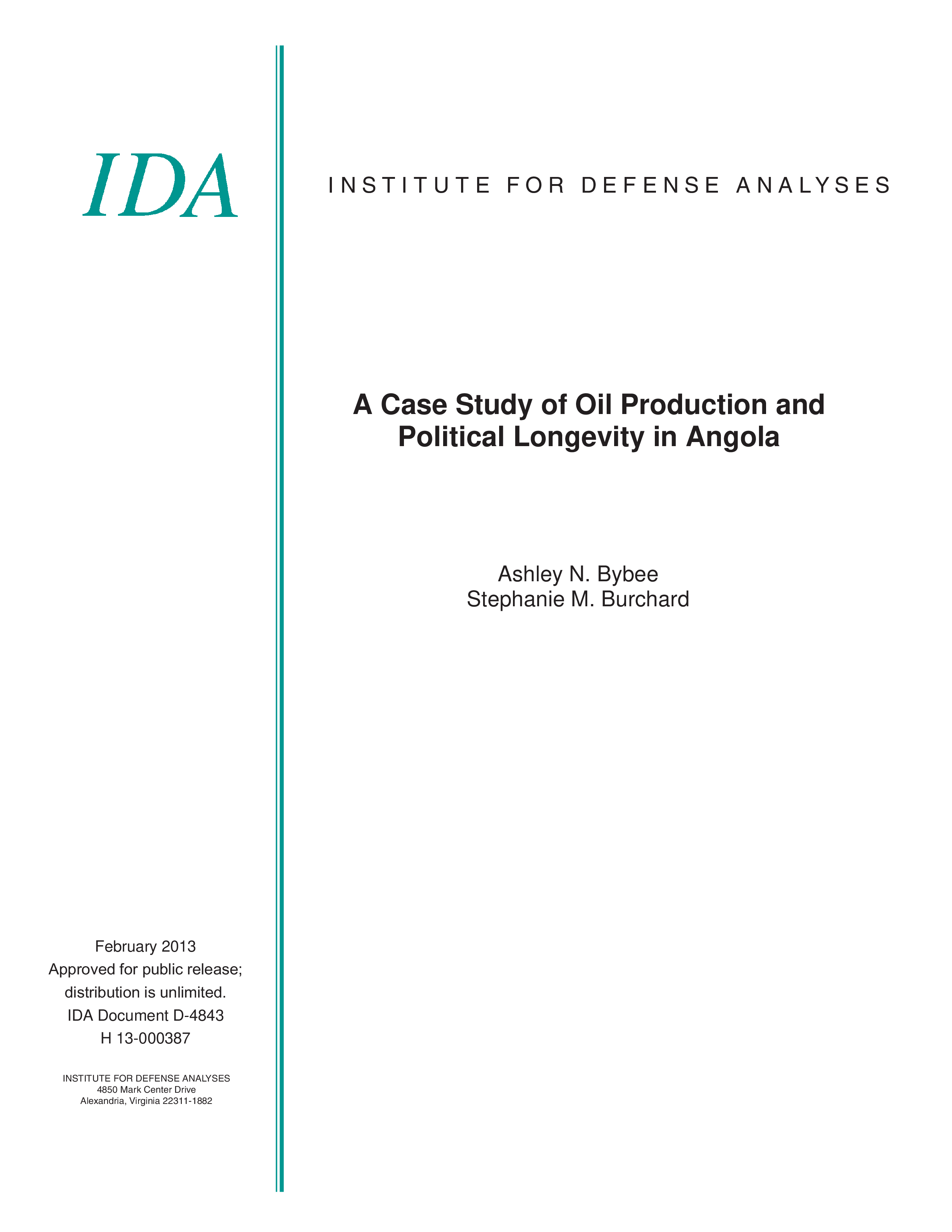 This is the second report in a series of deliverables that examine the relationship between oil production and political stability in African countries. The first report explained political stability from the commercial perspective and defined those features that make an attractive investment environment for petroleum companies. This report uses Angola as a case study to identify some testable hypotheses regarding the relationship between oil production and political stability in other African countries. Angola was selected because its high production levels over a sufficient length of time provide some historical context (in a relatively less complex environment than Nigeria), and because Angola represents a strategic geopolitical partner for the U.S. Government (USG) in Africa. The third deliverable in this series will present a statistical analysis of possible political trajectories for new African oil producers such as Liberia, Sierra Leone, Ghana, Uganda, and Kenya to anticipate what oil production might portend for the future of these regimes.

The qualitative data documented in this report were collected during IDA’s field research in Luanda and Cabinda, from November 3 to 13, 2012. IDA assessed the themes presented here to be significant observations that provide insight into the relationship between oil production and political stability in Angola, and possibly transferable to other African oil producers.

Broadly speaking, IDA defines political stability as encompassing political longevity (the duration of a leader’s power) and challenges posed to the regime or, conversely, the absence of significant social upheaval. For the purpose of this research, however, IDA has isolated the first component of this definition to frame its findings. Political longevity (of the dos Santos regime), therefore, is the main dependent variable examined although references are made to political stability where appropriate. The purpose of using such a narrow definition is to provide more detailed insight into the factors that could affect the duration of time a leader holds power. This is valuable information for the USG to consider when weighing policy options, planning scenarios, and other interventions in a foreign country.