A Brief History of Military-to-Civilian Conversions in the Department of Defense, 1965–2015 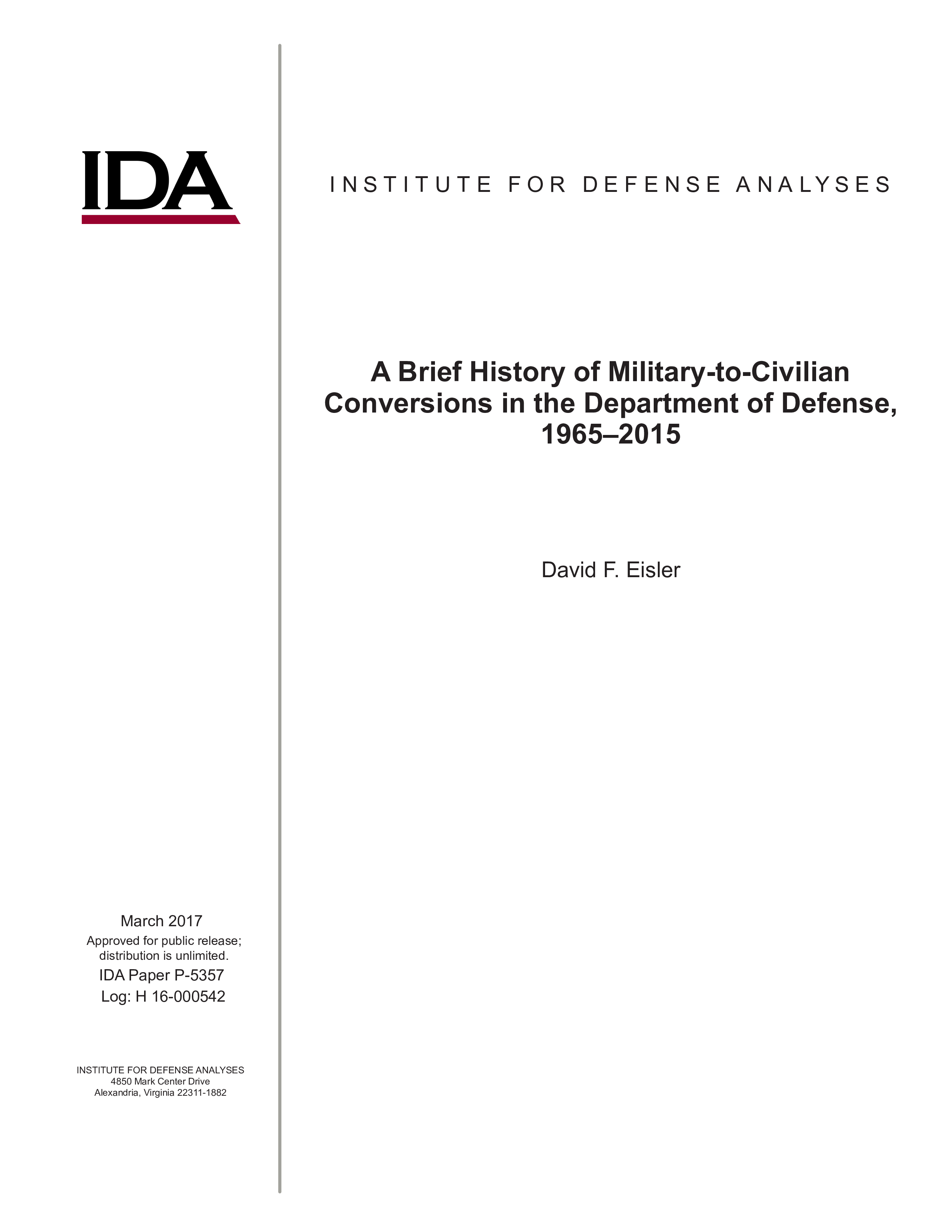 This paper traces the history of the Defense Department (DoD)’s efforts to convert military personnel authorizations in non-military essential positions to government civilians, beginning in the 1960s, with a thematic focus on the challenges and obstacles that reappear with each new decade. The review found six recurring issues that undermine civilianization efforts: (1) the lack of a consistent methodology to determine military essentiality for specific positions and functions across the Services; (2) the lack of a unified, holistic approach to determine DoD military and civilian personnel requirements and, importantly, budget allocations; (3) military Service concerns, rooted in historical precedent, about losing converted positions due to decreased civilian personnel ceilings caused by pressure to reduce overhead and Pentagon civilian staff; (4) manpower gaps that emerge while executing conversions, where military billets have been civilianized but civilian replacements have not yet filled the converted positions; (5) human resource and management factors beyond cost that affect the decision to employ military versus civilian manpower to perform a specific function; and (6) the critical role of congressional legislation—from capping civilian authorizations to prohibiting conversions in certain career fields—in the outcomes of conversion efforts. Achieving an efficient mix of military and civilian manpower within the Defense establishment is influenced by the ever-changing tug of war between balancing requirements and reducing costs. Evidence suggests that pursuing this goal through civilianization remains as important today as it was in 1965.