2016 Review on the Extension of the AMedP-8(C) Methodology to New Agents, Materials, and Conditions: 2009–2016 IDA Project Summary 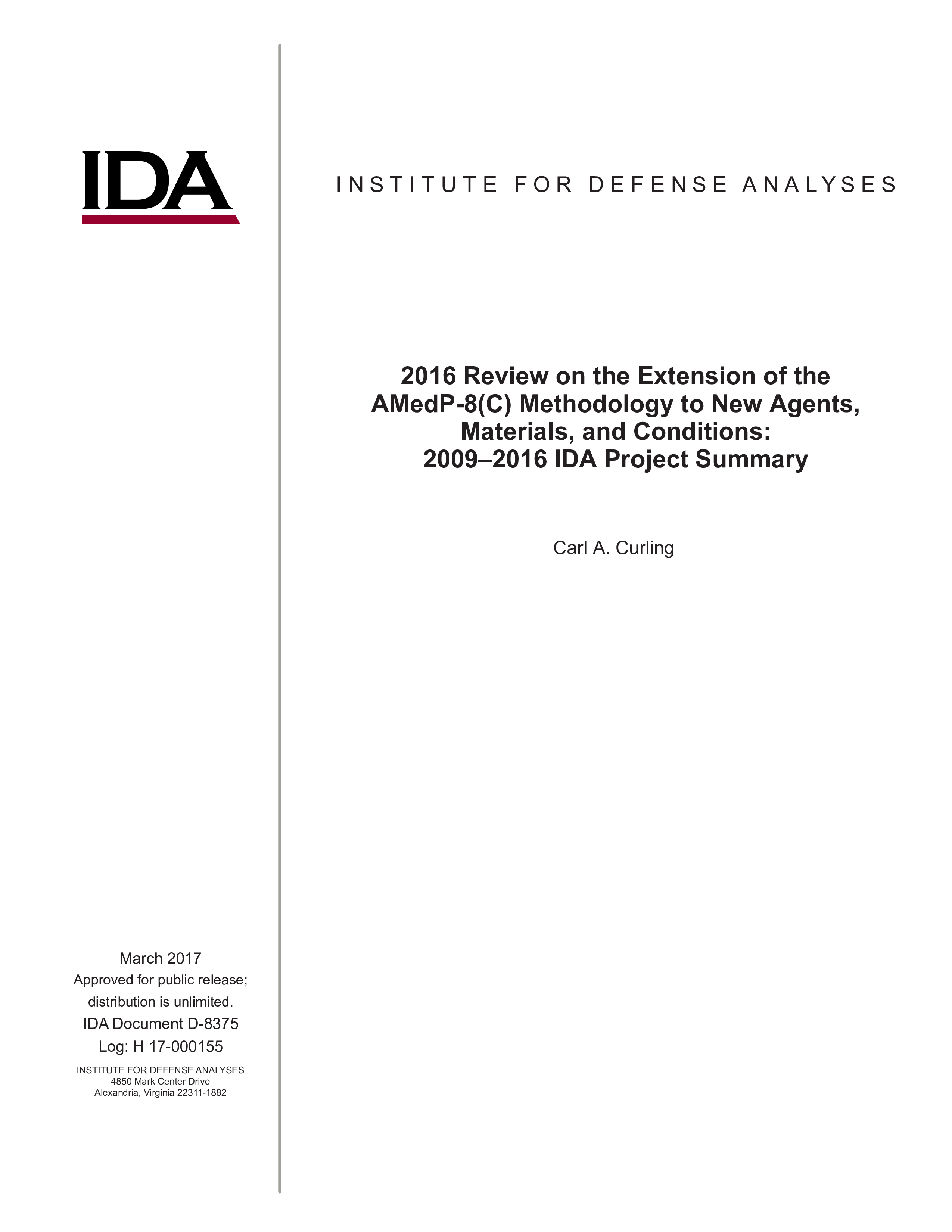 This review provides the Office of The Surgeon General (OTSG) Medical Chemical, Biological, Radiological, and Nuclear (CBRN) Defense Staff Officer a summary of the products delivered under Task Order CA-6-3079. This allows OTSG to perform a retrospective review of this task order, and permits this information to be incorporated into future plans for studies and analyses sponsored by OTSG. This is a review of eight years of studies and analyses performed in support of the OTSG Medical CBRN Defense Staff Officer and the Medical Branch of the Joint Requirements Office for CBRN Defense (JRO-CBRND)/J8. Products were reviewed as reported in 93 monthly reports. Accounting for some redundancy in reporting, 64 formal and 108 informal products were identified. These deliverables included the development and promulgation of new or updated North Atlantic Treaty Organization (NATO) doctrine on CBRN casualty estimation and operational guidance for medical CBRN defense. Fourteen chemical agents and twelve biological agents were added to the CBRN casualty estimation methodology. Table top exercises were developed, executed, and analyzed to evaluate concepts of the CBRN casualty estimation methodology, medical CBRN operations, and the impact of the international health regulations. Existing and proposed doctrine under development by other agencies was reviewed, and comments provided to OTSG to be considered with respect to those comments provided by the Services, Joint Staff, and Department of Defense agencies.