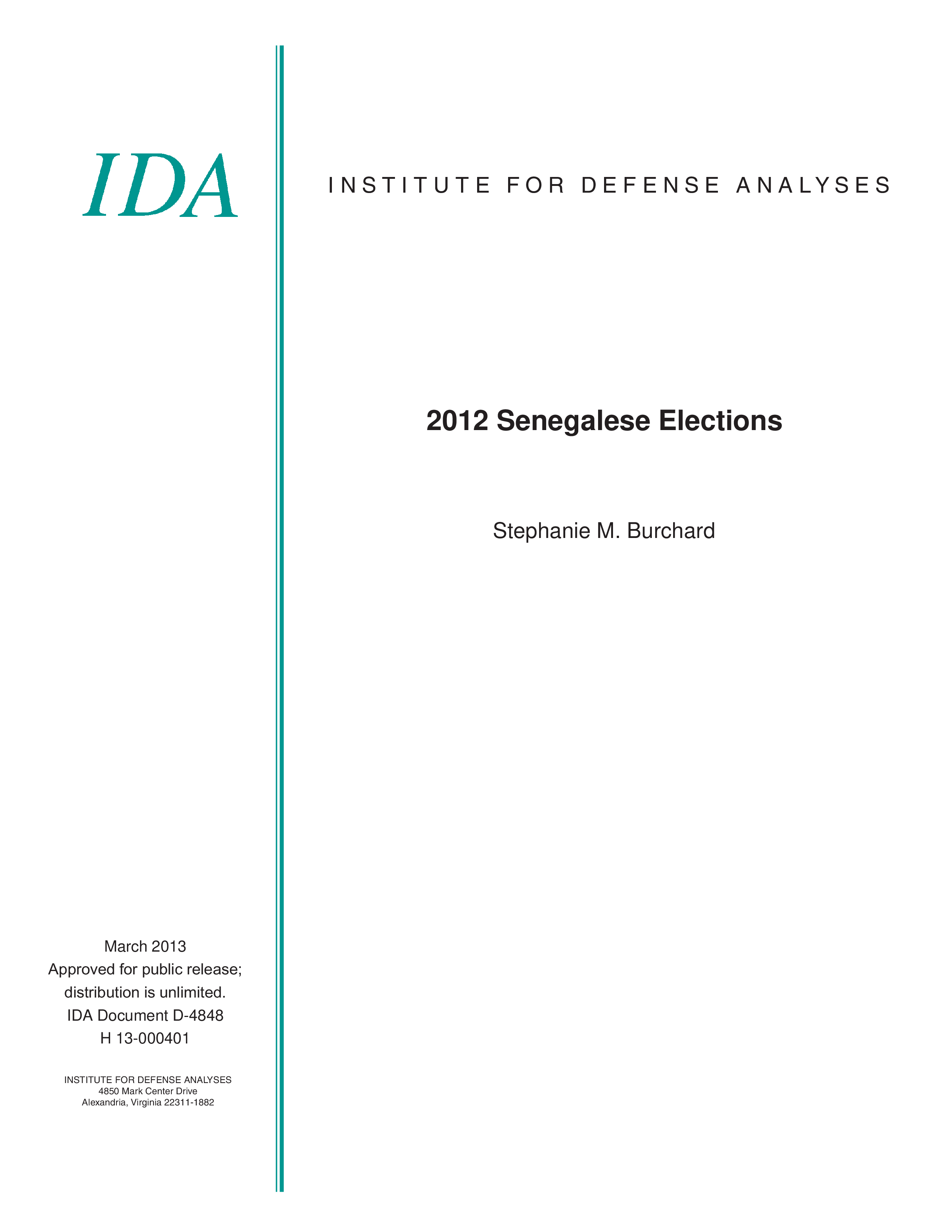 Despite Senegal’s reputation for peace and stability, elections have historically been characterized by manipulation, fraud and in some cases violence. The 2012 elections were arguably the most violent in Senegalese history with at least 6 deaths and hundreds injured during the month leading up to the first round of elections held February 27, 2012.

Unlike electoral violence in countries such as Kenya and Zimbabwe, the violence in Senegal was not organized by political actors as part of larger campaign strategy, but borne out of frustration and happenstance. The violence surrounding the 2012 election can be characterized as “incidental” –meaning that the violence occurred as a result of protesters engaging state security forces in disputes over the fairness of the electoral process.

The major triggers of the 2012 electoral violence included: an attempted power grab by an unpopular incumbent politician, Abdoulaye Wade; the belief that Wade would go to almost any end to secure entrenchment; and pre-existing civic organizations prepared to mount a sustained challenge to these attempts.

The violence defused and de-escalated after the first round election results were respected by Wade, signaling to the opposition that further attempts to remain in power were unlikely.

The Senegalese case underscores how transparent management and observation of elections can, by preventing electoral fraud, reduce tensions over the electoral process and promote peaceful transfers of power.