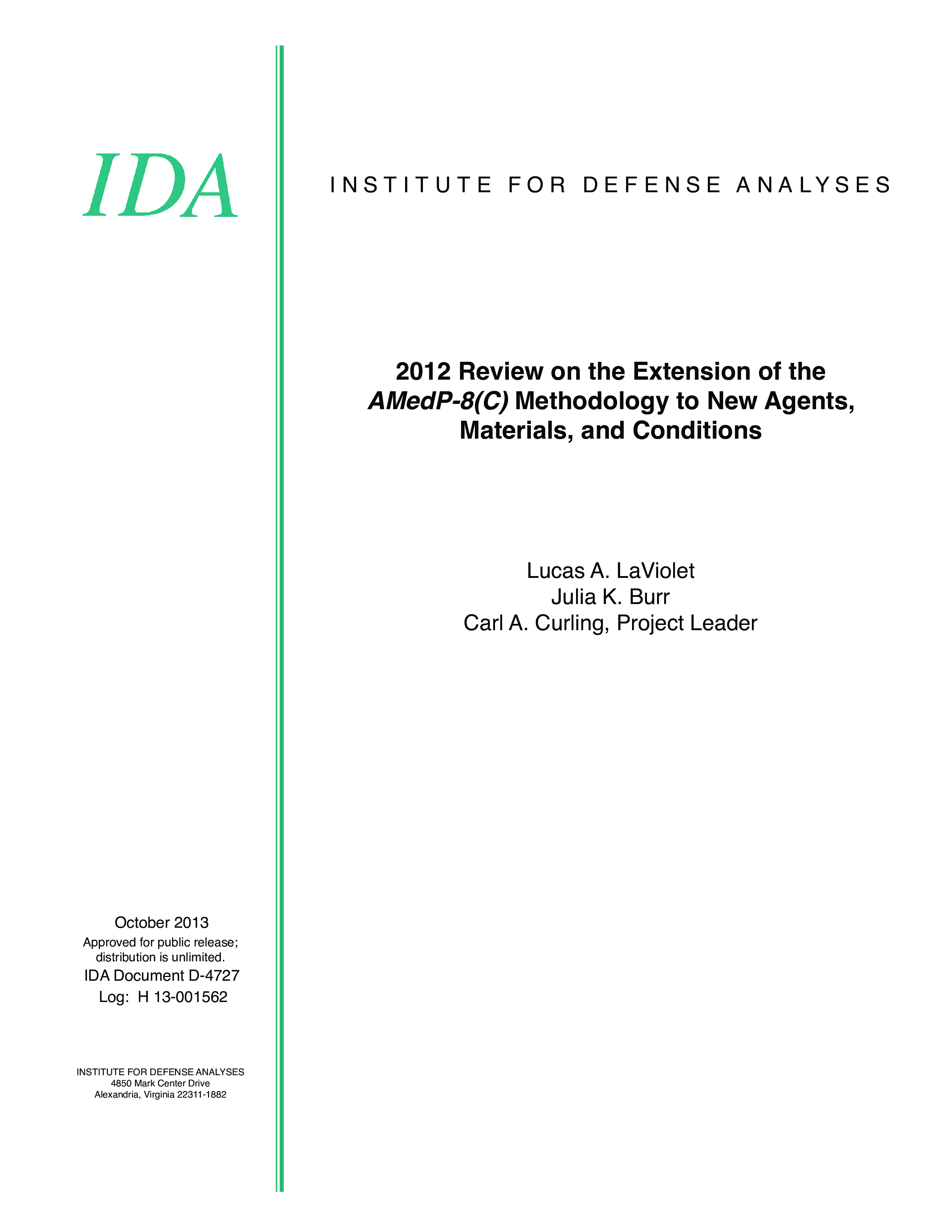 In 2005, the Institute for Defense Analyses (IDA) began developing a methodology for the North Atlantic Treaty Organization (NATO) to estimate casualties from chemical, biological, radiological, and nuclear (CBRN) weapons. The final draft documenting this methodology was published by IDA in 2009 and was promulgated by NATO in March 2011 as Allied Medical Publication 8 (C): NATO Planning Guide for the Estimation of CBRN Casualties, (AMedP8(C)). Because AMedP-8(C) included a limited number of CBRN agents and effects, IDA has been asked each year since 2009 by the Army Office of the Surgeon General (OTSG) to review published literature to evaluate how the AMedP-8(C) methodology can be updated and expanded to new agents, materials, and conditions. This document, the 2012 review, fulfills both OTSG and NATO requirements and is the fourth in a series of annual reviews, updated as the scope of AMedP-8(C) expands. This annual review focuses primarily on newly available data that can be used to update existing agents or effects in the methodology.